Two behemoths: Both Vanguard and Fidelity have seen large increases in assets allocated to passive fixed-income strategies over the past 20 years. Total assets in the firms’ most popular passive fixed-income mutual funds have soared to $71.2 billion from $1.4 billion in 1997. 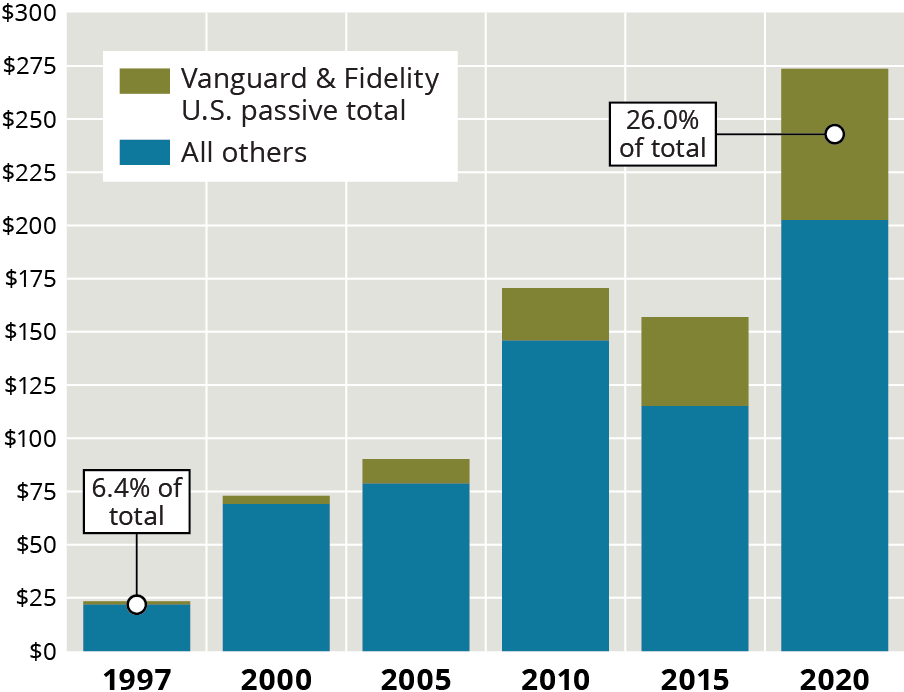 A better option: Active funds, net of fees, have provided both superior returns and lower risk. The largest active funds in DC plans sailed through the COVID-19 market turmoil; all but two had a smaller drawdown than a typical passive strategy. Every fund had higher returns over the past 10 years, with an average outperformance of 73 basis points, net of fees.

10-year return and most recent drawdown relative to asset size 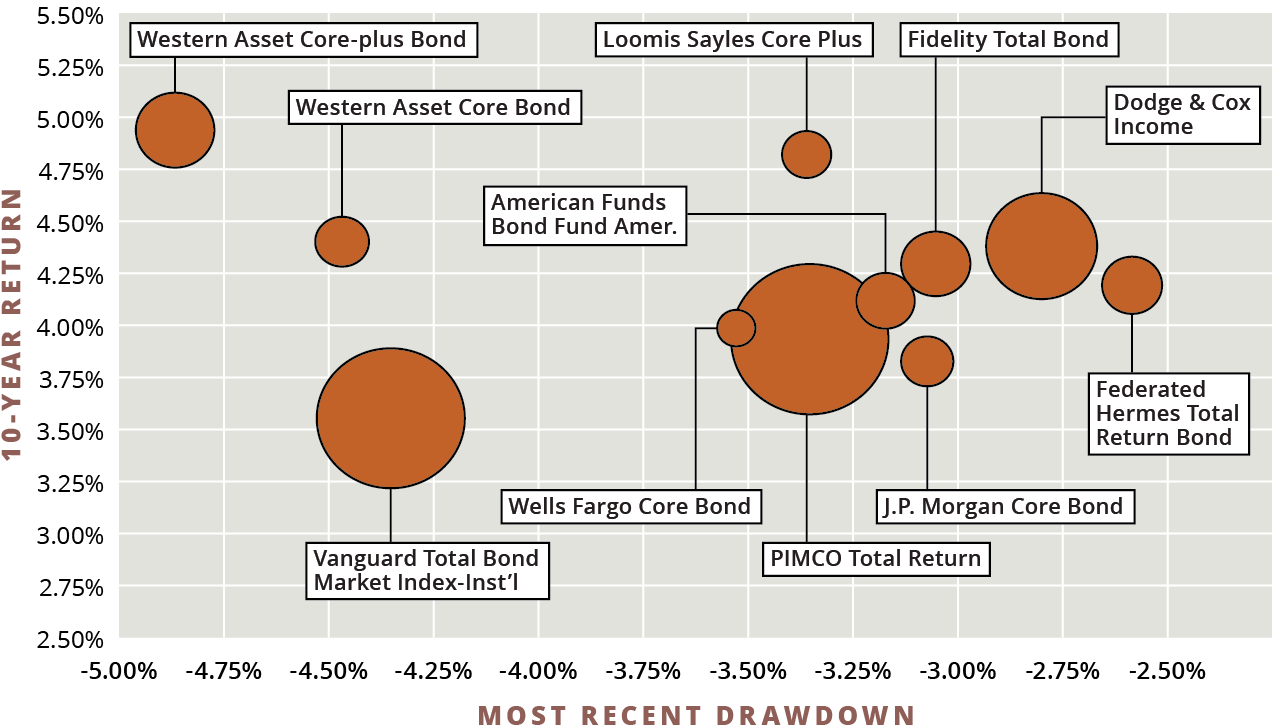 Reliance on Treasuries: The largest index strategies track the Bloomberg Barclays U.S. Aggregate Float Adjusted index, which has become a concentrated bet on the U.S. government. More than 60% of the holdings of the largest passive funds are either U.S. Treasuries or agency mortgage-backed securities.

Holdings of the largest mutual funds