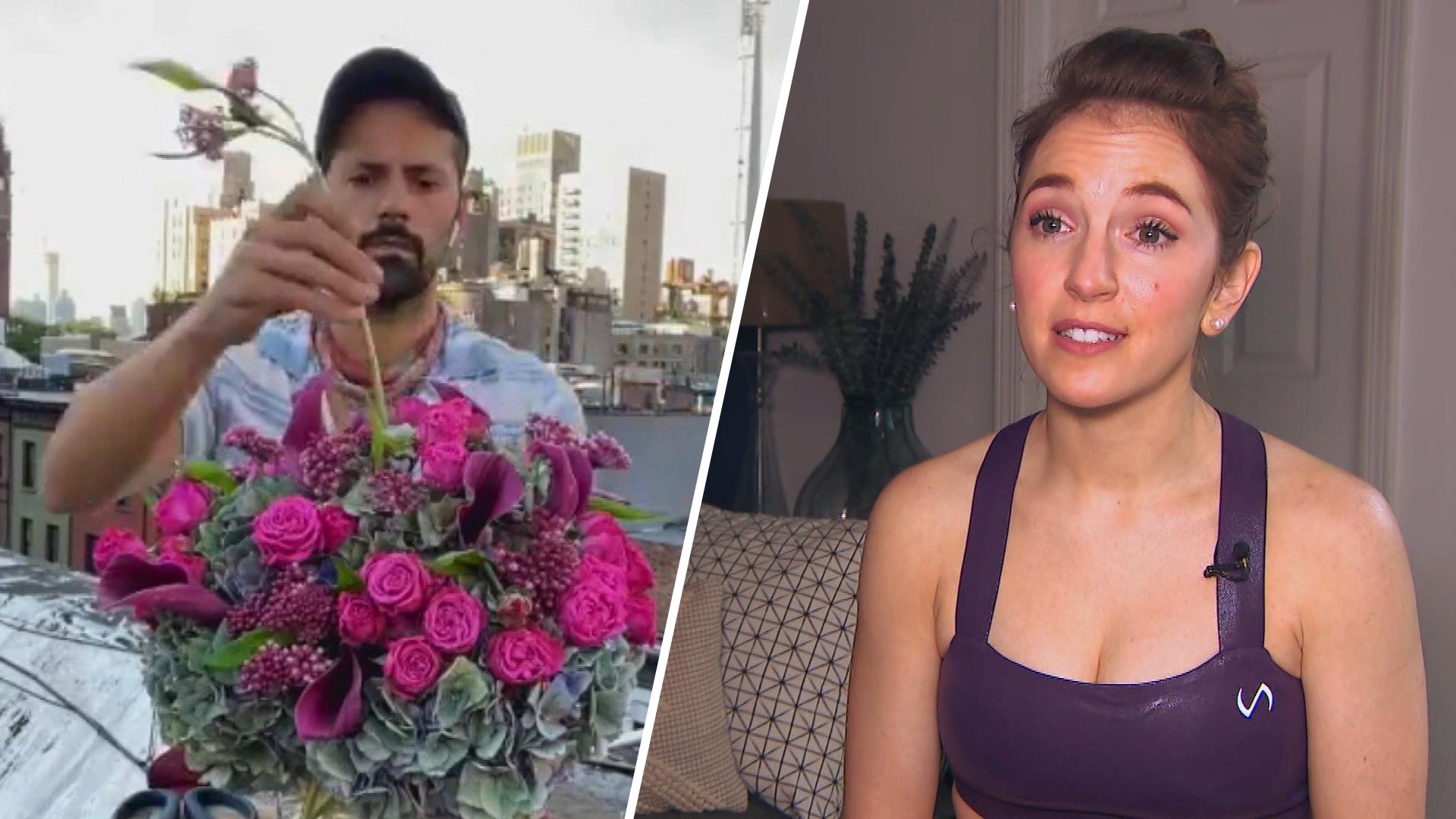 A year after his COVID-19 diagnosis, Broadway’s “patient zero” is recalling the week the $2 billion industry completely shut down. Peter McIntosh was an usher for “Who’s Afraid of Virginia Woolf” when he tested positive on March 11, 2020.

“That’s what people don’t remember — people were very scared of it. So when they whispered it to me, they looked at the paper and go, ‘Do you think you have coronavirus?’” McIntosh continued.

The next day, Broadway shut down, and thousands of people lost their jobs overnight.

During the pandemic, McIntosh has been teaching health at a middle school in New York City. Broadway stars are also finding side hustles to make it through the pandemic.

“It was chilling and it was scary. A lot of my friends had to pack up and leave,” Robbie Fairchild, star of “An American in Paris,” told Inside Edition.

Fairchild is now working as a florist. “It’s interesting how similar flowers are to performing,” he said.

Actress Elena Ricardo was the lead in “Mamma Mia” and the understudy in “Beautiful: The Carole King Musical” when Broadway shut down. Now she is making ends meet teaching exercise class on a trampoline from her Manhattan apartment.

“It was terrifying. I’ve actually never been in a position where I didn’t know what was going to be paying my rent,” Ricardo said.

From Understudy to Leading Lady to Quarantine: A Teen Broadway Star’s Journey As Coronavirus Shutters Show

This video is unavailable because we were unable to load a message from our sponsors.

If you are using ad-blocking software, please disable it and reload the page.