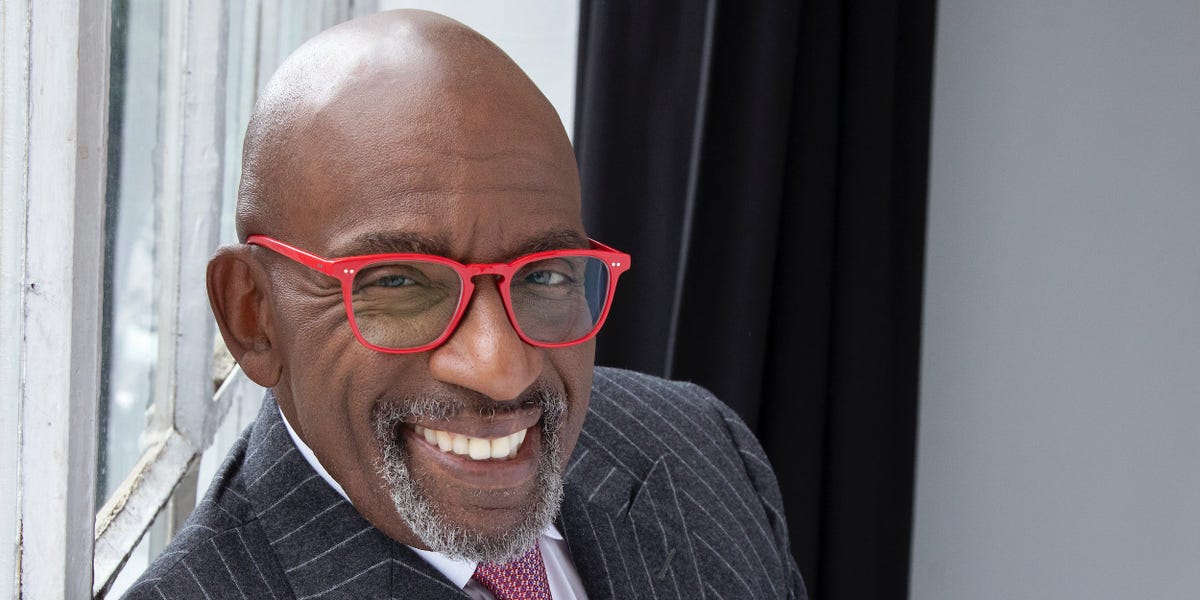 Born in Queens, New York, Al Roker wanted to be a cartoonist growing up — until he went to college.

During college he worked as a weather anchor at WTVH in Syracuse, New York, while also DJ’ing at the campus radio station. Upon graduation, he took weathercasting positions at both WTTG in D.C. and WKYC in Cleveland.

In late 1983, Al returned to New York City to work at WNBC-TV before becoming a national weather forecaster at NBC’s The Today Show, eventually becoming a co-anchor beginning in 2012. Over his career he’s hosted programs on Food Network, MSNBC, and The Weather Channel.

His other achievements include losing 100 pounds, running a marathon, having the Guinness World Record for reporting for 34-hours straight, and starring in the Broadway musical “Waitress.” I spoke to Al about his weight loss in 2013, and today I talk to him again about his new book “You Look So Much Better in Person” for this podcast episode.

In our conversation, Roker talks about why we should avoid long-term career plans, why he decided to move to New York to pursue his career, how he landed his first job, manages multiple side hustles, and his best career advice.

Dan Schawbel: You start your book saying that you never had a career plan. Why should people avoid crafting longer term career plans and what should they do instead?

Al Roker: If somebody told you six months ago that our economy would shut down, we would be in the midst of a global pandemic and probably one of the greatest civil rights upheavals since the 1960s, at least in the last 50 years, 60 years, would you have said, “Oh yeah, I get that. Yeah, I can see that?”

And so everything you planned,went out the window in these last four or five months. That’s why I say, you can maybe think about what you’d like to do, but you don’t know what’s going to happen — so you better be flexible.

DS: You mention that you respected WTVH anchor Ron Curtis’s decision to stay in Syracuse with his family instead of move to New York City for a more prestigious position. Even though you respected that Ron prioritized his family over his career, you eventually decided to make the move that he didn’t. What motivated you to make such a major career change knowing that you would be leaving important relationships behind?

AR: I’m from New York City. My parents at that time, when they were alive, still lived there. There’s something about the idea of being able to have your parents turn on the television and see you. Now, I didn’t know that I’d be on the Today Show and on network TV so that they could do that wherever they were.

But at the time, my goal was to get a job at NBC or WCBS or ABC, because it was New York and that was my home. So the most important relationship to me at the time was my family. They wanted me to stay in Cleveland and they made a very generous offer to keep me there for two years and then would move me to New York at the salary I was making, which would have been really nice.

And after much consternation, I decided, no, this was the time to go. And thank goodness I did, because six months after I got there, Frank Field, who was the preeminent weatherman in not just New York City, but probably the country, decided to go over to channel two so I got the Monday through Friday job. If I had not been in position to get that job doing the weekend weather with NBC, I don’t know where I’d be today.

DS: I can relate to your persistence getting your first job, but unlike you I would have given up before a restraining order was issued. To get my first job it took eight months meeting 15 people for three different positions at the same company. While many people apply to multiple companies, why do you think having a singular focus was key to landing your first job?

AR: I was a sophomore in college at SUNY Oswego and my department chairman picked me and two other guys to do an audition tape because WTVH was looking at expanding their weekends to have a full complement of anchors. They were really looking to hire somebody cheaply. As Andy Brigham, my news director, said :”I could only afford a college student or a drunk.”

Now, once I did the audition and I was waiting to find out, yes, I kept calling it. And you got to remember, this was before email. This is before a Slack or any of that stuff. It was either letters or phone calls. My dad said to me when I was in high school, “Son, you’re going to work twice as hard and be twice as good to get half as far as the white kid next to you.” And he said, “That’s not fair, but that’s just the way it is.”

DS: You say that the secret ingredient to your career has been being open to new opportunities, and, while you have a full-time job, you also have seven side hustles. I own a research company with four side hustles. How do you balance all of your gigs and know what to prioritize each day?

AR: Willard Scott gave me the two best bits of advice, which was always be yourself — that’s all you’ve got; anything after that you’re going to have trouble, because you’ve got to create this character as opposed to being yourself.

The other thing is to never give up your day job, and my day job is The Today Show, so that’s the priority. And then when I can fit other things in like a jigsaw, that’s what I do.

I get up an hour early just to make sure that I have the time to do the things I want and need to do. Like I wrote the book before I would even get on the phone with my meteorologist. I would write when I was traveling. Instead of getting on your phone and scrolling the interweb, there’s a lot of things you can do if you don’t go down those internet rabbit holes.

AR: You should know the power of yes and the power of no. When it comes to my career, I like to say yes a lot.

I got to be in the musical Waitress twice. But the first time when I was called, and asked if I would like to be old Joe  —which is a little disconcerting given the guy’s name, which lets you know where you are in your lifecycle — I was going to say “no” when my daughter who, at the time was a junior at LaGuardia School of Performing Arts, said, “Dad, how do you say no to Broadway?”

And so we went to watch the show and I said, “Sweetie, I can’t do this.”

And she said, “Dad, of course you can. There’s a song that’s two minutes and 20 seconds, you can just talk on pitch, say yes.”

And that’s when it kind of crystallized and so now I say yes.

I asked William Shatner, “What’s your secret? You’re busier now and more relevant now than you’ve ever been.”

He said, “Al, I never say no. I always say, yes. What’s the worst that can happen? You’ve heard my albums.”

And the power of no is important, especially when it comes to my family. I try, but don’t always succeed, to say no to things that don’t put them first.

Listen to the audio podcast:

Subscribe to the “5 Questions with Dan Schawbel” podcast on iTunes, Spotify, Overcast, or others.