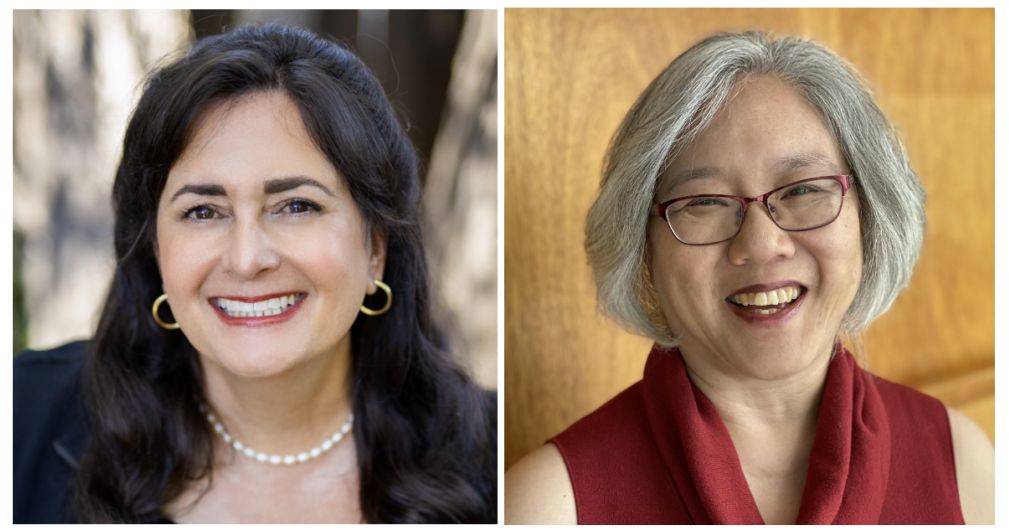 With Election Day less than three weeks away, outside money is pouring into the Santa Clara County Board of Education Area 1 race, with charter school proponents making large contributions to incumbent Grace Mah.

Charter school political action committees and representatives have contributed more than $200,000 to Mah’s campaign in the last three weeks, many of them large donations that came in after the most recent reporting period. The Charter Public Schools Political Action Committee (PAC) has made two large donations: $75,000 on Sept. 28 and $105,000 on Oct. 13, according to campaign finance reports. Other contributions came from Santa Clara Charter Advocates for Great Public Schools ($5,000) and Champions for Education PAC ($20,000) as well as members of the boards of directors of Rocketship Public Schools, ACE Charter School and Bullis Charter School in Los Altos. Mah’s campaign raised about $80,000 through Sept. 19, bringing her current reported total to about $290,000.

Melissa Baten Caswell — a current Palo Alto school board member who’s running against Mah, who is also a Palo Alto resident — has raised nearly $50,000 from donors who have publicly opposed or criticized Bullis Charter School, whose renewal will come to the board in 2022. Her campaign also received this month about $30,400 in two separate donations from the East Side Teachers Association Political Action Committee, according to campaign finance reports filed after the most recent reporting period. Baten Caswell’s campaign raised about $140,000 as of Sept. 19, bringing her current reported total to about $170,400.

The fundraising in this race underscores charter-driven political fissures on the current county board, though both candidates resist being labeled as pro- or anti-charter. The county board, which currently oversees 21 charter schools, is responsible for authorizing new charter schools and renewing existing ones.

Mah characterized the sizable donations to her campaign as a response to the “financial arms race” prompted by Baten Caswell, who raised nearly $90,000 early in the campaign, including from labor unions and teachers unions (both of which are perceived as anti-charter) and the Bullis critics.

Mah said she hasn’t had discussions with the charter school organizations herself but sees their support for her campaign as driven by a “threat of the anti-charter school sentiment.” She said she’s been shocked by the amount of money coming into both her own and Baten Caswell’s campaign and thinks there should be limits on fundraising. In her last three campaigns for this seat, she said the most she ever raised was $10,000. In her 2016 campaign, she raised less than $4,000, according to campaign finance reports.

In a statement, Gregory McGinity, executive director of the California Charter School Association (CCSA) Advocates, which operates the Charter Public Schools PAC, said that the organization backs Mah because of her “proven track record of supporting all students.”

“Experience and stability are especially important during these uncertain times,” he wrote. “Her continued commitment to expanding preschool opportunities, supporting teachers and educational equity has proven to us that she is a much-needed voice on the board.”

In an interview, Peruri said Baten Caswell’s team set a fundraising goal early on of $100,000 to $200,000, estimating they would have to spend about $1 to $2 to reach each of the approximately 130,000 voters in Area 1. He defended their campaign fundraising as locally based rather than from “out of town special interests.” Baten Caswell has been endorsed by 27 of 30 local school board trustees and all six teachers unions in the Area 1 districts.

Steve Brown, a Los Altos resident and member of a group called “Unintended Consequences” that was critical of Bullis, gave $10,000 to Baten Caswell’s campaign. In an interview, he said he’s convinced that Baten Caswell is better aligned than Mah with his priorities of collaboration, accountability and transparency.

Brown said he’s not against charter schools — in fact, he has donated to some — but is concerned that Bullis is not serving disadvantaged students well and needs to be held accountable.

“They don’t reflect the ethnicity and race of our community, which is part of the intent of the Charter (Schools) Act, and they don’t service the disadvantaged kids,” Brown said. “With that in mind, I think the role of the county as the chartering organization should help their board understand their obligation to do that.

“If a charter they’ve chartered is not doing a good job,” he said of the county board, “they need to rope them in.”

Peruri said Baten Caswell has publicly stated she has no intention of shutting down Bullis Charter School but that she sees a need for greater oversight, which resonates with him and other vocal critics of the charter school.

“Shutting down BCS does no one any favors. But one thing that she would like to see is better oversight and terms and changes in practices in the renewal that would address and change the demographics,” he said.

Fundraising on both sides of the Area 1 school board race is outsized compared to other local county school board races. In the San Mateo County Board of Education race, incumbent Rod Hsiao has raised about $61,500 and challenger Chelsea Bonini close to $21,000, according to campaign finance documents.

Mah, a Republican, also drew criticism this week after sending out a mailer with a complimentary quote from Ro Khanna, who’s endorsed Baten Caswell, both Democrats, and the image of a kicking donkey that looks like the Democratic donkey logo. In a press release, the Santa Clara County Democratic Party blasted Mah for the “misleading” mailer and the contributions she’s received from “out-of-town PACs.”

Baten Caswell said: “I’m honored to have dozens of local teachers, parents, and community members, along with the Democratic Party, supporting my campaign.”