Udemy, an Online Course Platform Where Anyone Can Teach, Keeps Raising Money. What’s Next? – EdSurge 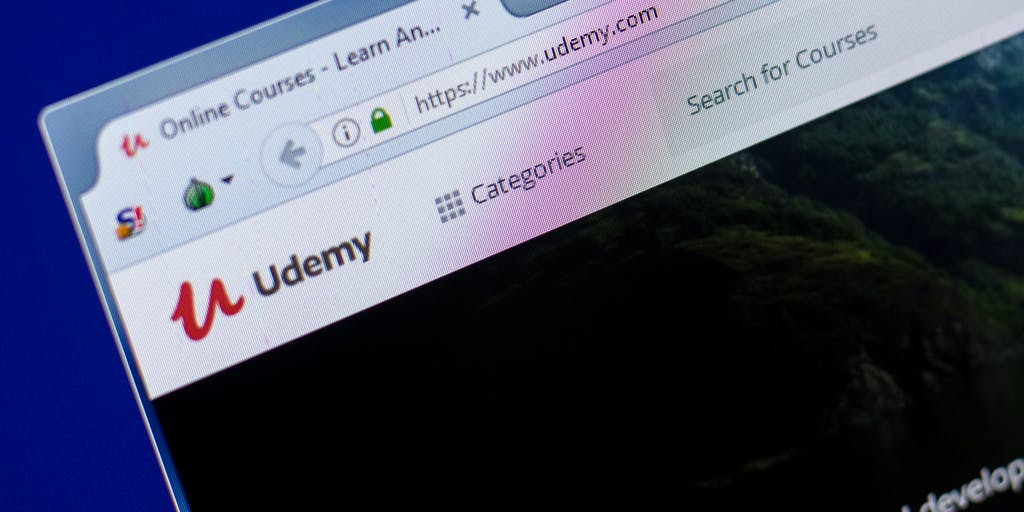 Udemy has become one of the best-funded companies in edtech, having raised another $80 million at the end of 2020 bringing its total raised to nearly $300 million. So, what are its plans, and how does it see the market for online courses changing after the pandemic?

Those were some questions we brought to Udemy’s CEO, Gregg Coccari, in a recent interview.

First, some background. The company lets anyone create and offer an online course on its platform, which has become the largest of its kind. Udemy’s most popular courses focus on technical and business topics—like how to code in Python or how to use Google Analytics. But the platform also features courses on topics that focus more on hobbies or personal development. For instance, you can sign up for short online courses on how to play the harmonica or declutter your home.

In part because of this open approach to online learning, Udemy claims to have the largest course catalog anywhere, with more than 155,000 courses. And its leaders say that the pandemic has accelerated its growth, from 3,000 new courses added each month last year to 6,000 a month today.

As on other large platforms that host so-called “user-generated content,” only a small number of creators end up making a living off the site, and a few of those end up as superstars within its system. Coccari says that a handful of teachers on the platform make more than $1 million per year on Udemy.

“They become professional at this,” he says. “They have assistants that handle the questions. They work at this every day. They’re always looking for new publishing ideas, more courses, they’re upgrading the courses they have. And so these become very professional online teachers.”

But those millionaires are, by and large, the exception.

“The top 5,000 instructors are making the vast majority of the revenue,” the Udemy CEO says, noting that that’s out of more than 70,000 instructors. Some make just a few dollars, and plenty of Udemy instructors give away their courses for free. In fact, the company says 80 percent of its courses on the site are free.

There are some guidelines for the courses allowed on the site. For instance, each course must contain at least 30 minutes of video and at least five separate lectures. And there are some rules for what kind of content is allowed. For example, the site no longer allows courses on the topic of “how to pick up girls.”

“We weren’t going to have sexist things on our platform,” says Coccari. The company says it employs a “trust and safety” team that monitors course content, and that it uses algorithms to detect content that violate its guidelines, just as sites like YouTube and Airbnb do.

Udemy makes a percentage of revenue on all courses on the platform, and the percentage varies depending on details such as how much marketing help the company provides. Instructors can opt into a “marketing engine” that helps promote their courses in exchange for giving up a greater share of revenue.

“We’re trying to find the extraordinary teachers,” he says.

Coccari says the company plans to use its most recent infusion of capital to continue to build out many parts of its business, especially in creating sales and marketing teams around the world for Udemy’s relatively new enterprise arm, called Udemy for Business. For that, the company has curated a library of 5,500 of its highest-rated technical and business courses and sells licenses to employers and others who want to offer those courses to their staff for professional development. That part of the business competes with LinkedIn Learning, Pluralsight and other big players with similar libraries.

It has also gotten more difficult to maintain during the pandemic, Coccari acknowledges, because many companies Udemy was trying to sell to were suddenly “almost out of business.” (He named Delta Airlines as one example.) Though he says for now they have been able to grow that aspect of the business.

Many of the top teachers on the platform have no formal teaching experience. Coccari has met many of them and says, “You would never say, ‘Oh, that person would be a great instructor,’ because they look like regular people, and some of them are introverts.”

Some popular instructors on Udemy also teach for traditional institutions. One example is Deborah Grayson Riegel, a speaking coach who has taught courses at the business schools of both the University of Pennsylvania and Columbia. She says she started teaching on Udemy about two years ago, when someone from the company reached out to her and invited her to create courses like the ones she taught for business schools.

She sees her Udemy courses as different from her university teaching. “The biggest difference is I don’t interact with my students [on Udemy] other than message boards,” she says. In some ways, her video courses are a kind of low-cost preview of her work as a consultant, where groups hire her to come in and coach individuals or groups.

“I’m not an inexpensive person to bring in,” she says of her consulting. “[But] because my courses are also on the [Udemy] marketplace, I can send them out to my clients and say, ‘Here’s something you can do for your team for hundreds of dollars, instead of tens of thousands of dollars.’”

One criticism of platforms like Udemy is that the companies don’t do anything to check the accuracy or quality of what is taught. Students typically pick courses based on how well other students have rated the courses. But with education, students often don’t know whether what they are learning is accurate or useful because they don’t yet know the subject matter themselves.

But for Riegel, she says the fact that so many people can see her courses on Udemy creates a huge incentive for her to make her material rigorous and useful.

“I feel the pressure to make it good because that’s my brand,” she says. “That’s my life. I’m constantly competing against other people who do exactly what I do. Hopefully quality will rise to the top.”

As for what’s next for Udemy, Coccari says that the plan is to enter new countries, and each country ends up requiring different approaches for recruiting teachers and finding and promoting courses that will best serve that context.

“We are doing local marketing in probably 14 countries, but we’re expanding by two or three a year,” he added.

And they’re looking for ways to make sure they encourage instructors to refresh courses and keep content up-to-date. “A technology course from two years ago doesn’t mean that much anymore,” Coccari notes. “You have to have today’s technology course [and] you have to continually update it.”

He says that usage of the site by learners is now significantly higher than before the pandemic, though it has fallen a bit from an initial spike. He expects things to remain high now that more people have been introduced to the library of courses.

Correction: This article originally misstated the date of Udemy’s latest funding round, which closed in late 2020, not in 2021.