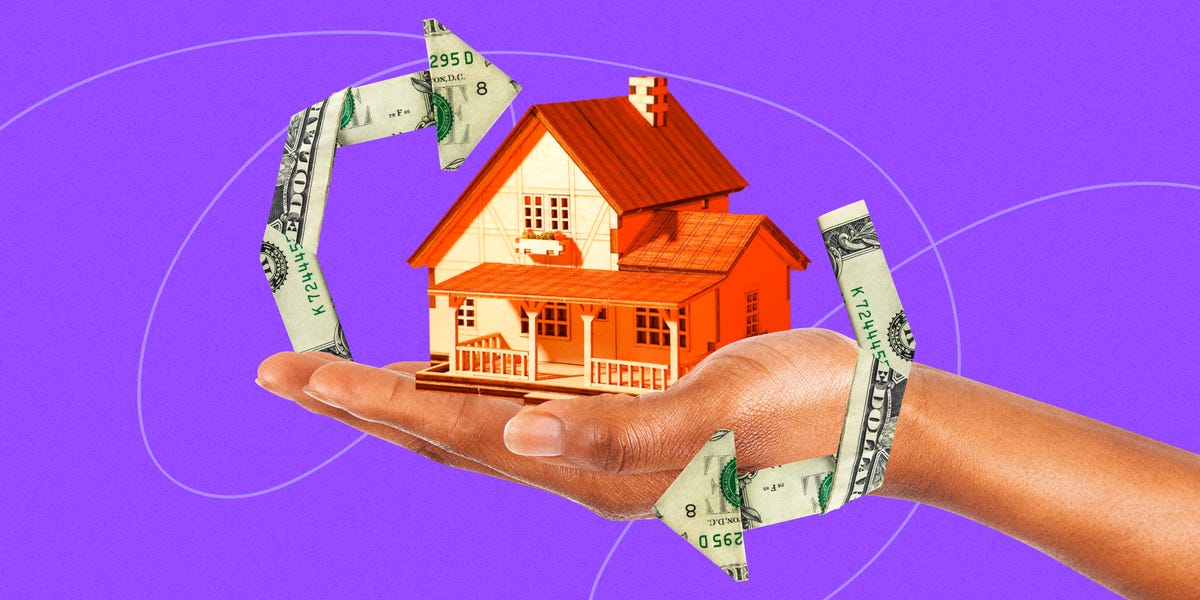 Investing in real estate is a great way to generate passive income, not least because there’s more than one way to do it.

The goal of passive-income generation is to create an income stream for an investor that is inherently, well, passive, with the investor not having to do much after the initial outlay to keep the money coming in.

Collecting rent is the classic example, but there are many real-estate strategies you can adopt to start bringing income in passively.

In the US, real-estate ownership has long represented financial freedom and the opportunity to build generational wealth — in a recent Gallup survey, 35% of 1,012 US adults polled said real estate was the best way to build wealth over the long term.

There’s a good reason for this widely held belief: Compared with other asset classes, real estate can perform best. Expected annual total returns on apartment investments have fluctuated between 6 and 15% since 2012, according to the National Council of Real Estate Investment Fiduciaries, while over the same period, the S&P 500 had an annualized return of about 10%.

From landlording and wholesaling to other strategies, investors can secure profits passively in more than one way, depending on just how involved they want to be in the project and how much time and capital they have to invest.

So to help you get started, we’ve outlined the top strategies real-estate investors can use to maximize profits, minimize their workloads, and scale their portfolios up, ranked from most to least passive.

Landlording is when a property owner rents out apartments to provide housing for tenants.

One of the most common misconceptions of landlording is that you need money to get started, but that is far from the truth.

Just take Sam and Daniel Kwak, known as the Kwak Brothers, for example. The two scored their first rental deal in 2017 — a portfolio of four single-family properties in Illinois — and they did it without having any money of their own to invest. Instead, they raised capital from prospective investors who didn’t have the time or interest of seeking out good deals themselves.

“One of the biggest myths that people have is that they need money to invest,” Daniel Kwak told Business Insider. “We had absolutely no money to do deals, but, you know, I noticed that I was very good at networking. So I would literally go around asking people, ‘Hey, what’s the No. 1 challenge I can help solve for you?'”

Through this method, they accumulated 75 rental doors by the end of 2017.

But making a real profit via landlording goes far beyond just buying up homes.

Getting the math of this equation right matters for how well you can achieve this kind of scale.

On an episode of the Nick Loper-hosted podcast “The Side Hustle Show,” Dustin Heiner, a seasoned real-estate investor, said that you want to make at least $250 a month from your property.

Of course, it is important to have savings set aside to cover things like repair expenses, but at $100 a property, that wouldn’t leave a ton of money to live on, he said.

If you seek only properties that are going to make you $250 or more, once all other costs — like capital expenses, repairs, and property-management fees — are paid for, you will have a “life-changing business model,” Heiner said.

Wholesaling, also known as “no-money-down real estate,” is the process of finding heavily discounted real estate and then selling it to a cash buyer.

While wholesaling requires some activity on the part of the investor, it can often be a path to passive income generation, as wholesalers often pick the best of their projects to add to rental portfolios that they maintain on the side.

One example is Cody Sperber, a self-described “clever investor” who started investing in real estate with no money to his name and has now done hundreds of millions in deals.

Sperber got started in real estate by wholesaling. And from starting out low on capital, he built his portfolio largely by cherry-picking his best wholesale projects along the way to keep as rentals.

Wholesaling is far more passive than house flipping, for example, because it doesn’t require any renovations or additions. Because the investor carries none of the costs, it’s an easy way for beginners with little capital to start building their bank accounts, Sperber said.

“A wholesaler will find and contract a distressed property, then find an interested party to buy the property,” Sperber said. “The wholesaler contracts the home with a buyer at a higher price than with the seller and keeps the difference as profit.”

And while finding a property to wholesale may seem like a daunting task, and most of the American public won’t sell their homes at a discount, about 15% of the population is often motivated enough to do so, according to Sperber’s estimates. The objective of the wholesaler is to seek out these highly motivated sellers and then enter into a contract with them before shopping the contract to a real-estate investor with deeper pockets who wants to rehab the home.

Consider Ben Lovro, a wholesaler from South Carolina who scored his first deal in 2017.

He told Business Insider it all started with a cold phone call to an elderly woman who was living in a retirement home and had a property in Columbia, South Carolina, that was sitting vacant. Off the bat, she offered it to him for $8,000, but he was able to counter with $5,000 in cash. After she agreed, they lined up the contract, and he was able to find a cash buyer for $15,000.

For that first year or so, he was landing a deal a month — each one profiting an average of $10,000. Earlier this year, he told Business Insider his business brought in about $50,000 a month.

Besides wholesaling, there are other investment strategies that are easy ways to get started with investing in real estate.

Tax liens, ‘subject to,’ and REITs

Tax-lien and “subject-to” investing are other strategies that Sperber identified as ways for beginners to start out if they don’t have deep pockets. Investing in real-estate investment trusts, or REITs, can also work for rookie investors seeking a passive stream.

The first is a strategy for passive income built around property taxes, where an investor can step in once a property owner defaults on property taxes.

When you purchase a home, you’re required to pay property taxes. And after a default on those taxes, Sperber said the city government could make a legal claim — or “lien” — against the property for the amount owed.

For a city to recover the money the property owner hasn’t paid, it sells tax-lien certificates to investors. The homeowners then have a period of time — usually 120 days — to pay the investor the tax, penalties, and interest owed, Sperber said. If they fail to pay off the delinquent amount, the investor can foreclose on the lien and take possession of the property.

Tax-lien investing most often occurs on single-family homes, Sperber said, and it works best in smaller markets, often returning between 4 and 6%.

“Subject-to” investing, Sperber said, is the purchase of a property subject to a mortgage. Essentially, this is when an investor comes in and makes back payments for a homeowner who is behind on their payments, as opposed to the home falling into foreclosure.

The way it works is that the original owner deeds the property to the investor and moves out — often to downsize to a more affordable living space — while leaving the loan in place and the property under the investor’s ownership. As the buyer in this situation, Sperber said, you aren’t formally assuming the loan. The terms of the original note stay the same, including the name in which the loan was purchased. Instead, you are taking on the responsibility of making sure the mortgage is paid on time until you renovate and resell the property.

An average return for a “subject-to” investment is hard to give, according to Sperber, who said profits could differ greatly depending on expenses at hand.

Investing in a REIT is a key way for many to build passive wealth from real estate. Instead of an investor owning individual buildings, REITs are a legal structure by which companies that own or finance income-producing real estate can take investment in a mutual-fund-style model.

Per the MSCI US REIT Index, the average annual return of REITs was 9.28% as of April. Many REITs have been volatile since March, The Wall Street Journal reported, with traditionally stronger sectors like offices, hotels, and retail suffering during the pandemic.

There can still be value for those who know how to look, though. Jussi Askola, the president of the boutique investment-research firm Leonberg Capital, told Business Insider that the REITs with the most potential during the current economic downturn included those within the apartment, mobile-home, and manufactured-home sectors. He also said REITs with properties appropriate for industrial or e-commerce use could do well.

Ultimately, Sperber said passive income from real estate was a life-changing for him.

“The best thing I ever did was have the long-term vision of creating generational wealth through owning rentals,” he said.