The Folly of Just Throwing Money at Political Candidates – The Atlantic 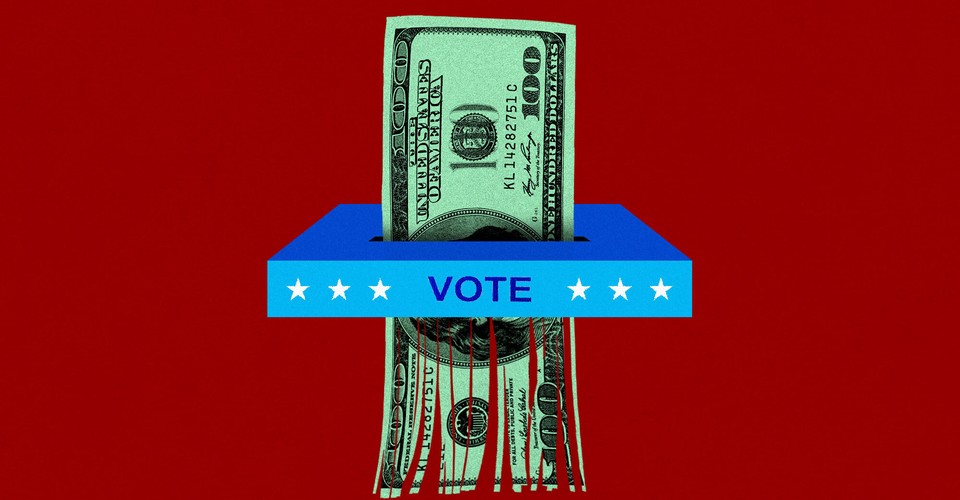 Amy McGrath, the Democratic candidate for the U.S. Senate from Kentucky, never really stood a chance of beating Senate Majority Leader Mitch McConnell, her party’s longtime nemesis. Throughout the race, she polled a distant 10 percentage points behind the incumbent. McGrath ended up losing by some 20 percentage points. But for many of the donors who poured a total of $88 million into her campaign, giving to McConnell’s opponent simply felt good—regardless of whether it was a productive use of money.

McGrath raised almost three-fifths of her funds from donors who each gave less than $200. Rich Democrats across the country also chipped in. In my home state of Massachusetts, more than 500 people gave $1,000 or more to McGrath’s campaign. The top 20 employers whose staff gave the most to McGrath’s campaign include the University of California system, Stanford, and Harvard, as well as the U.S. government, the state of California, and the city of New York. Employees of Facebook, Apple, and other tech companies were also big givers. The McGrath financial disclosures make sense only when politics is a fantasy game—one in which coastal elites use money to get something off their chest rather than accomplish actual goals.

In a democracy, the purpose of politics is to gain and then exercise power over public policy. Rage-donating to long-shot candidates—of either party—isn’t a winning strategy. The McGrath donations point to a larger problem.

In a postelection interview earlier this week, Representative Alexandria Ocasio-Cortez, a New York Democrat, argued that her party lacks “core competencies” in grassroots engagement. As a political scientist who studies the behavior of parties and voters across the country, I think that this criticism is correct. Candidate campaigns will spend money on TV ad blitzes or short-term hiring sprees, but they seldom try to build durable grassroots organizations that help develop tomorrow’s leaders and get out the vote in good times and bad. State Democratic and Republican Party organizations are often completely strapped for cash, and therefore exert little influence. Both Democratic and Republican campaigns can be frenzied and disorganized.

When I come across political organizers who patiently build support for the causes they care most about, they stand out as rare exceptions to the norm. They’re not the ones raising gobs of money on the internet.

Individuals, political-action committees, and other contributors spent some $14 billion on this year’s presidential and congressional races; small donors accounted for about a fifth of that sum, according to the Center for Responsive Politics. About 40 percent of Joe Biden’s donations and 45 percent of Donald Trump’s came in amounts less than $200. The donations primarily occurred online. The Democratic-aligned fundraising firm ActBlue reported more than $1.5 billion in donations just from July to September. On account of the pandemic, high-dollar donors, who in typical years are wined and dined in exchange for their gifts, also gave via the internet at high rates.

Ideally, expressive donations would create an opportunity for political organizers to raise money when it comes in easy so that they can spend it later—much as the biblical Joseph stored up crops in the years of plenty to maintain supplies in the years of famine. That upside, of course, relies on Joseph-like party operatives to lay the groundwork, hire full-time organizers, plan a long-term grassroots strategy, and keep momentum strong for when the flood of donations ends.

More often, though, money that is raised quickly and nonstrategically is spent quickly and nonstrategically. Two years from now, when Democrats will face a very difficult time trying to retain control of the House of Representatives, donors may be less enthusiastic than during a presidential-election year. And candidates who spent down their campaign accounts in 2020 will have little wealth to share with state or national parties. For instance, the Senate candidate Jaime Harrison, a South Carolina Democrat, raised a record $107.5 million and spent $104 million, according to current estimates. Moreover, federal law places strict limits on how much one candidate’s campaign can transfer to that of another.

Read: The South has already changed

Furthermore, the candidates and messages that yield the most money online are not necessarily the candidates and messages that perform the best with voters. For instance, online fundraisers have long known that outrage is the key to those viral videos that bring in loads of cash, which is why highly provocative candidates such as Trump are so adept at bringing in low-dollar donations for themselves. But as Harrison and McGrath showed, candidates can raise enormous sums online while still losing by double digits.

In the aggregate, the political right is making donations more strategically than the political left. As political scientists have long described, conservative funders such as Charles Koch have spent decades planning for the long term. They have invested in the next generation of state and municipal politicians and organizers across the country. They invest in state legislative lobbying. Understanding the political value of local church groups and gun clubs, they don’t see grassroots organizing as parochial and beneath them. They see it is as key to durable control of government. Meanwhile, the biggest and most notable spenders on the Democratic side include Michael Bloomberg and Tom Steyer, who sometimes invest in worthwhile long-term grassroots strategies, but who will be best remembered for together spending nearly $1.5 billion on their own long-shot presidential bids: short-term, top-down, and vain.

Bloomberg and Steyer aren’t the only people on the left who are enthusiastically dabbling in politics in self-flattering but mostly unhelpful ways—an approach that I describe as “political hobbyism.” When I speak with groups of citizens, mostly liberal, around the country, I sometimes ask them if they would hypothetically be willing to support a 25-year-old fresh out of law school who is running for county judge in their state. Some of them think, Yes! That judge can have an important career and, who knows, could be on the Supreme Court someday. But many more of them say that they would devote little attention to the race when far more important things are going on in the world. That latter response is how you lose in the long run.

Not all online donors are clicking Donate from their couch in response to viral videos. Plenty of people, wealthy and non-wealthy, are doing something different. I have met with groups of low-dollar donors who thoughtfully plan out to whom to give $25 or $50 over the course of an election cycle. They reflect on their goals and their strategies for achieving their goals. Similarly, groups of wealthy giving circles do the same thing but at a much higher scale. They interview candidates as they might interview charitable organizations, seeking to invest in ones who show the most promise.

Going forward, if they want long-term power, political donors will need to invest their money not just in individual candidates but in organizations that are focused on building that long-term power. They need to hold organizations such as party committees and super PACs accountable for hiring top-notch leaders who can execute a long-term plan. The plan should focus on person-to-person organizing, offline and online. Online organizing doesn’t mean ads; it means relationship building. Grassroots organizing means no shortcuts, no gee-whiz scalable technological fixes. It means deepening relationships in communities. The donors themselves need to stop operating in crisis mode, thinking about nothing but the next election. They need to make a 10-, 20-, or 30-year plan.

When the country is in crisis, a 30-year plan might sound too gradual. I often think of how Dave Fleischer, a progressive organizer, responds to this point. He says that politics is like saving for retirement. Precisely because the stakes are so high, we don’t save for retirement by playing Powerball. We save by socking away a few bucks every month for our whole adult lives. But in elections, a lot of people—including very rich and otherwise savvy people—play the lottery every cycle and wait for something magical to happen. With enough money, they hope, an Amy McGrath or a Jaime Harrison just might win.

In theory, political parties could serve the role of Joseph. Local, state, and national parties could be a meeting place for rich donors, low-dollar donors, activists, volunteers, and candidates, working together on a long-term agenda. Essentially, that’s what a political party is designed to do. But if party organizations prove unfit for that role, then other groups must step up. That’s what the Koch family did. It brought other donors into its orbit, strategized about how to spend money effectively, and made long-term plans. Other donors must show similar discipline if they want to build a lasting vision for our country, rather than continuing to shovel money at losing campaigns.

We want to hear what you think about this article. Submit a letter to the editor or write to letters@theatlantic.com.

Eitan Hersh is an associate professor of political science at Tufts University and author of Politics Is for Power.