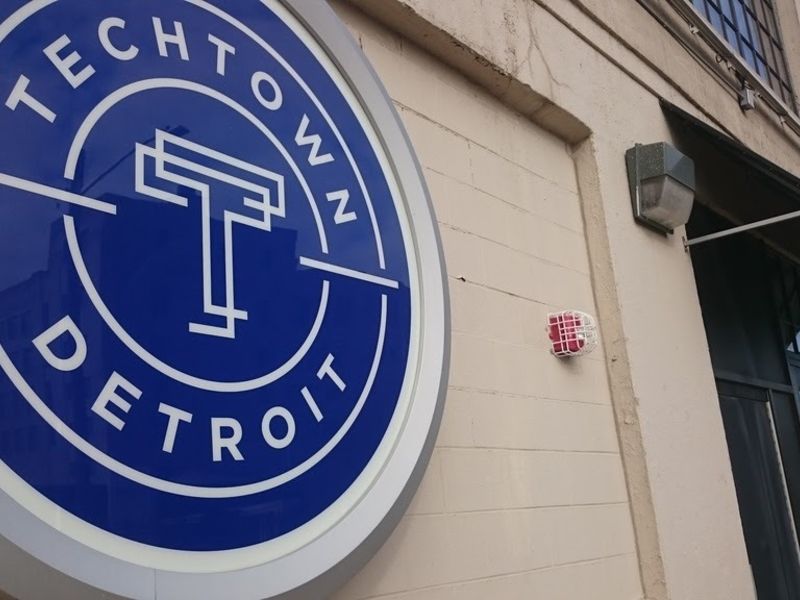 If the last decade was the one in which the entrepreneurial seed was planted in Detroit, the next decade will be focused almost entirely on making it blossom for far more people.

Between 2007 and April of this year, the New Economy Initiative awarded 567 grants totaling more than $120 million — $94.5 million of which was focused directly on a variety of Detroit initiatives. That’s according to the most recent annual report from the Detroit-based entrepreneurial development organization that supports many of the other entrepreneur support programs in the region.

More than 3,000 companies have been launched with help from the initiative, supported by grants from many of Michigan’s largest philanthropic foundations, during that period.

“I am still hopeful that the small businesses in metro Detroit will come through this crisis,” NEI Director Pamela Lewis wrote in the April report just as the pandemic was at its peak in the Detroit area. “However, I think it will be a different landscape for them and for the network of support that has assisted thousands of them over the past 12 years.”

The support network for Detroit entrepreneurs has grown substantially over the last several years, with a variety of organizations operating in multiple capacities. Most provide some combination of funding, mentorship, cheap office space and practical business information. Like the entrepreneurs and small businesses they serve, most have also had to adapt to a new world requiring work be done in all new ways.

And most of the support organizations are also working to better understand what their role might look like once the virus itself is gone, but the economic inequities that were shown under an ultra-bright spotlight during the pandemic still remain.

“We’re going to need to rebuild this economy. It’s going to require a ton more stimulus, whether it’s at the federal level or state levels,” said Ned Staebler, the president and CEO of Wayne State University-affiliated business incubator TechTown Detroit. “When we use that, economic developers and policymakers are going to have to rethink who they work for, what their programs are designed to do, and who they benefit? We have an opportunity to rebuild this economy in a far more equitable way.”

Doing so, Staebler said, will take far more “intentionality” than has been used before when designing programs and figuring out vehicles for getting funds into the hands of entrepreneurs.
April Boyle, the founder and executive director of Build Institute in the Corktown neighborhood, also shares that view.

“I think the work of Build Institute will be more important than ever given the racial reckoning, all of the injustices that have been uncovered to the light of day,” said Boyle, who plans to leave the organization at the end of this year for a new, yet-to-be-announced opportunity.

“Things we’ve known for 10 years … are now becoming more clear,” Boyle said. “The understanding that women and people of color have been under-capitalized, under-invested, under-supported. And even though Detroit has a robust ecosystem, the amount of investment and support has just not been enough.”
Making the region’s entrepreneurial community more equitable and inclusive was on the mind of most every support organization official contacted for this report. But as the organizations have had to pivot to virtual work and take myriad precautions to slow the spread, they’ve also uncovered other areas that require attention.

For Invest Detroit, a community development finance institution that has deployed more than $400 m illion since 1995, the pandemic has meant having to work extra hard in order to help existing clients weather the storm.

“It’s just being patient, being understanding,” said Keona Cowan, Invest Detroit’s executive vice president of lending. “Trying to be as flexible as we can working with them, identifying needs. Trying to get them resources and fill the gaps … to hopefully help them survive.”

Boyle with Build Institute noted that the organization quickly ramped up its virtual offerings shortly after the pandemic, but later found that many people found themselves “inundated” with webinars and other virtual events. The organization ultimately decided to cut its programming in half.

Going forward, sources say there’s sure to be some pruning as more and more organizations have come forward trying to offer some form of support to the city’s budding crop of entrepreneurs.

“There are a lot of players in the Detroit entrepreneurial space, but this crisis has revealed who the necessary ones are, who the strong ones are,” said TechTown’s Staebler, who pointed to organizations such as Detroit Economic Growth Corp., Invest Detroit and others. “Who’s really doing the work that has that impact, that is necessary. I’m not sure we’ll necessarily see a consolidation going forward, but with presumably some dwindling resources, there will be a refocus on some of those core institutions that serve the entrepreneurs in the community.”

Editor’s note: The original version of this story included a lower amount in grants NEI provided to Detroit initiatives. This version has been updated.