States of growth: When and where entrepreneurship has thrived – MIT News 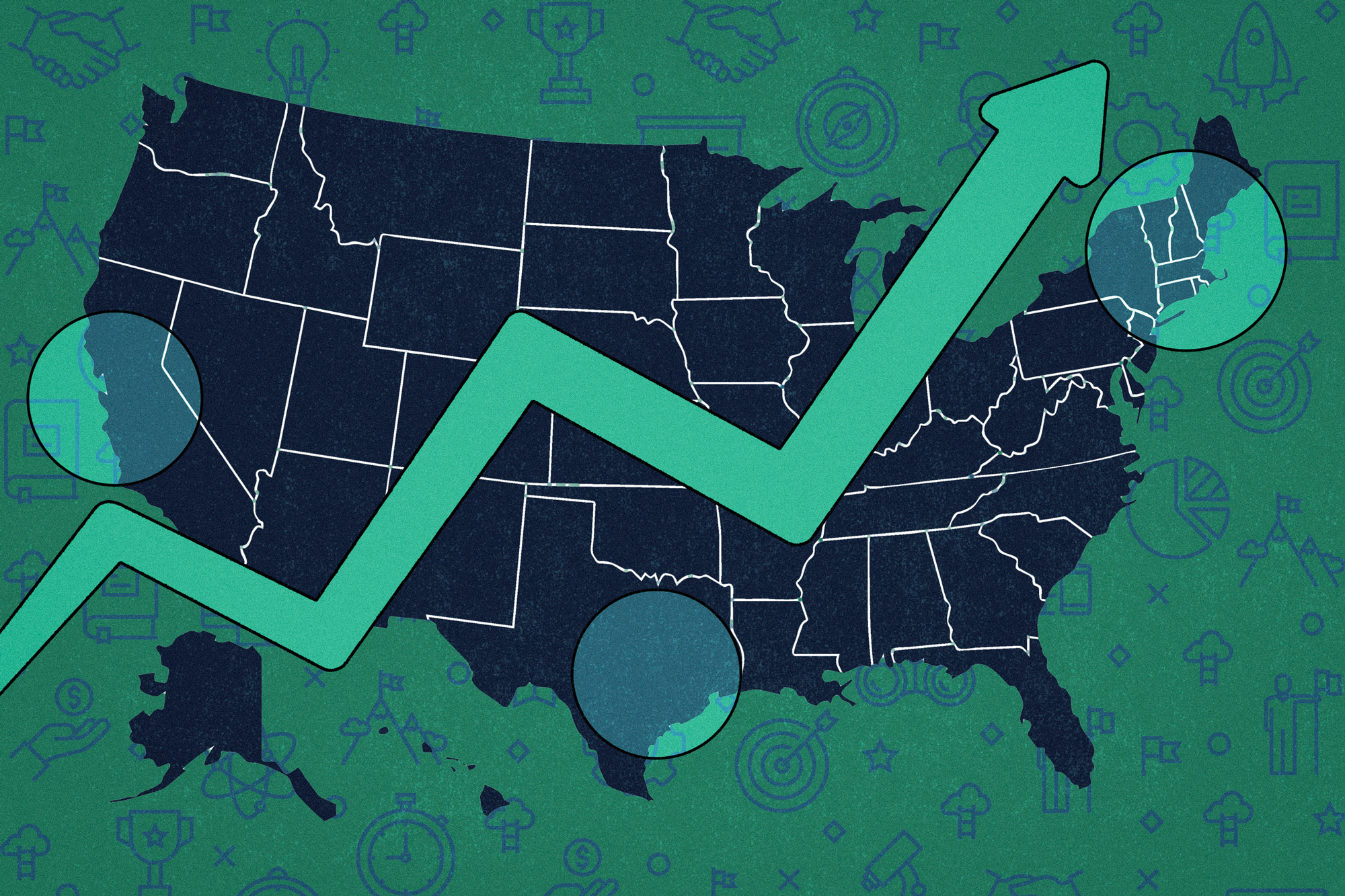 The year 1995 was a good time to be an entrepreneur. Especially a high-tech entrepreneur in Silicon Valley, with the internet boom starting, the economy growing, venture capitalists searching for new investments, and a whole horizon of novel business ideas to explore.

Indeed, a new study co-authored by an MIT professor shows that U.S. startups founded in 1995 enjoyed more growth than startups founded in any other year from 1988 to 2014. Other things being equal, the startups of 1995 were three times as likely to grow significantly as those from 2007, which had to battle through the 2008-2009 Great Recession.

As the study shows more broadly, ambitious startups remain a vital part of the American economy. New business registrations have experienced a long-term drop in the U.S., but the number of startups capable of high-impact growth has risen. Such firms particularly flourished in the mid-1990s and mid-2010s — though even when the ranks of high-growth startups have thinned, including in 2008 and 2009, they have still been founded at higher rates than they were in the 1980s.

“Entrepreneurship is an economic engine,” says MIT’s Scott Stern, co-author of a new paper detailing the study’s results. “Job growth is disproportionately concentrated in a relatively small number of young firms that then themselves scale up quite quickly.”

But, Stern adds, the study shows how much startup journeys are affected by prevailing economic winds: “We’re able to provide the first real evidence that poor economic times, for example the Great Recession, diminish the quantity of high-quality entrepreneurship. There really was an increase in growth-oriented entrepreneurship in the 1990s, then a decline from the boom — though not as much as people thought. By 2014, we were at near record levels [of entrepreneurship], relative to GDP.”

The study also shows that startups have done particularly well in Silicon Valley, the Boston-Cambridge area, and Austin, among other locations, while lagging notably in Florida.

The paper, “The State of American Entrepreneurship: New Estimates of the Quantity and Quality of Entrepreneurship for 32 U.S. States, 1988–2014,” appears in the latest issue of the American Economic Journal: Economic Policy. The co-authors are Stern, who is the David Sarnoff Professor of Management at the MIT Sloan School of Management and faculty director of the Martin Trust Center for MIT Entrepreneurship; and Jorge Guzman MBA ’11 PhD ’17, an assistant professor at the Columbia Business School.

What’s in a name?

To conduct the research, Guzman and Stern examined almost 28 million new business registrations in those 32 states. Their research is based upon the insight that startups have different growth profiles and are distinguished by certain key features at the time of founding, such as intellectual property ownership or even the name of the business.

That is, while entrepreneurship creates employment, not all entrepreneurs have the same goals. Your nearest locally owned businesses — perhaps a pizzeria, gift shop, or second-hand boutique — are all worthy but not necessarily designed to create expanding numbers of jobs. By contrast, a few startups are aiming to reach a bigger scale.

“The vast majority of entrepreneurs are not interested in growth,” Stern says. “They’re interested in building a local business — a plumbing company, a restaurant, a dry cleaners. And those companies, as we see this year, play a vital role in our economy. But new employment growth and economic growth is going to be associated with a small number of outliers.”

With that in mind, Guzman and Stern have found that startups using a person’s name (“Karl’s Plumbing”) on aggregate are 78 percent less likely to grow much, compared to other startups. (Ben and Jerry’s, initially intended to be a one-store business, is a rare counter-example.) Startups with shorter names — think of biotech firms such as Moderna — are three times more likely to grow significantly as those with names longer than three words.

In the past, entrepreneurial activity has often been measured by the sheer number of new business registrations, as tabulated by the U.S. Census Bureau, with little distinction among types of new businesses. But Guzman and Stern have led the way in changing that approach and pinpointing which firms have growth ambitions.

The study, Stern says, addresses “a really central question of economic policy: What is happening in terms of entrepreneurship? We’re trying to provide evidence to a debate between two camps.”

The methods used in the study are among those informing the work of MIT’s Regional Entrepreneurship Acceleration Program (REAP), which Stern also helps lead. REAP works with communities globally to help establish entrepreneurial ecosystems.

The new paper also provides empirical backup for other ideas about entrepreneurship, such as the value of acting quickly to capitalize on technological trends. Many dot-com stocks reached their highest valuations around 1999-2000; but back in 1995, the boom created by the commercial internet was still taking off. Firms founded in the mid-1990s had a head start in locating venture capital, hiring software engineers, and establishing their brands.

“The firms that were founded in 1995 had fabulous results,” Stern says. “Relative to quality, you had your highest chance of success … early in the dot-com boom rather than at the very peak of the dot-com bubble [around 1999-2000]. During the bubble, when the capital dried up, high-quality firms were not established enough to realize their growth potential.”

The research also sheds light on the geography of startup success — and failure. In addition to Silicon Valley and the Boston area, Dallas, Detroit, Houston, Los Angeles, Seattle, and the Washington suburbs in Northern Virginia all have a significant level of growth-oriented startups. But many other place lag behind on this count.

“There are always those Silicon Valley companies [that grow], and here in Kendall Square, we have some great growth companies,” Stern says. “But it does seem like outside of a few regional pockets, there’s a challenge in scaling up.” Ultimately, he observes, “Having a higher number of high-quality shots on goal allows you to succeed relative to other [geographic] areas.”

In that vein, Guzman and Stern — along with Valentina Tartari, an associate professor at the Copenhagen Business School, and a former visiting scholar at MIT Sloan — are working on another study evaluating the connections between academia and high-growth new firms, a factor associated with the geographic distribution of startups as well.

“Universities have played an ever-more disproportional role in being the spur or at least co-located with these vibrant entrepreneurial ecosystems,” Stern says.