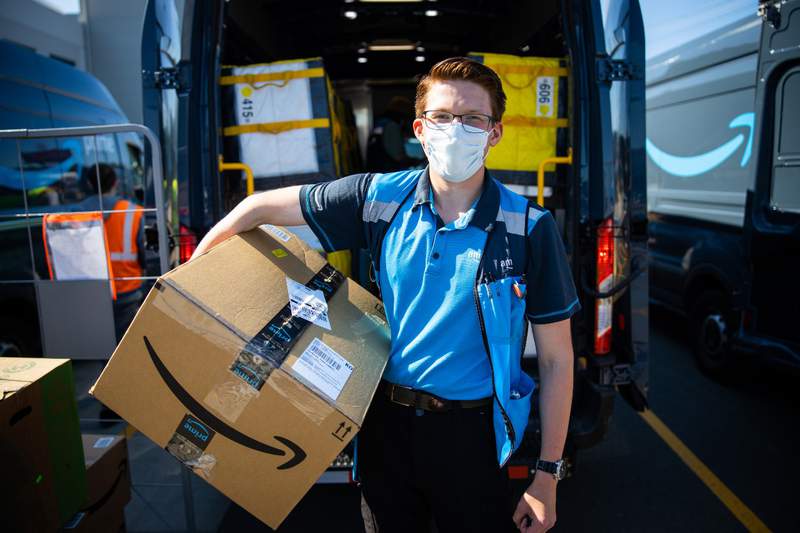 TALLAHASSEE, Fla. – Gov. Ron DeSantis late Monday signed into law a plan to require out-of-state online retailers to collect sales taxes on purchases made by Floridians, with the estimated $1 billion a year in revenue going to curb a pair of taxes on Florida businesses.

While the proposal (SB 50) was widely supported by Tallahassee business groups, DeSantis’ signature came with far less fanfare than when he appeared Monday morning in Polk County to sign controversial bill HB 1 about cracking down on violent protests.

During the Polk County appearance, DeSantis was flanked by Republican lawmakers and unformed law-enforcement officers. But the signing of the online sales-tax bill was announced by the governor’s office just before 11:30 p.m. in an email without comment. The bill was one of five measures DeSantis signed Monday, including the protest bill.

DeSantis faced a Monday deadline for signing, vetoing or letting the online tax bill become law without his signature.

Florida business groups have lobbied for years to require out-of-state retailers to collect and remit sales taxes, saying it is a matter of fairness. But past proposals failed because of concerns by Republicans that they could be viewed as increasing taxes on consumers.

Scott Shalley, president and CEO of the Florida Retail Federation, said in a statement that the law creates a “level playing field” for all businesses. The sales-tax revenue will be used to replenish a depleted unemployment trust fund and then will go toward reducing a commercial rent tax.

“The tax cut on business rent is an added bonus,” Shalley said. “With this cost savings, Florida businesses across all sectors of the economy can reinvest in their community, create jobs and grow their businesses.”

Retailers that have a “physical presence” in Florida are already required to collect and remit sales taxes, But retailers without such a presence haven’t faced the requirement when they make sales to Floridians, who have been technically supposed to send in sales taxes on their purchases — though few do.

Proponents of the bill maintained that requiring collection isn’t a tax increase and that Florida retailers have been hurt by out-of-state businesses being able to sell products with tacking on taxes.

But Democrats argued that working Floridians will be hurt by the proposal because of “regressive” sales taxes. The final package was approved 27-12 by the Senate and 93-24 in the House.

“Governor just signed a bill into law to increase your taxes and give the new revenue of $1 billion to businesses,” Rep. Anna Eskamani, D-Orlando, tweeted after the bill signing was announced.

The law goes into effect on July 1.

Revenue generated by the tax is first earmarked for the unemployment trust fund, which became depleted because of massive job losses during the COVID-19 pandemic. Businesses pay taxes that go into the trust fund and, without another source of money, would have faced higher taxes to replenish the fund.

Before the pandemic, businesses paid $7 per employee in unemployment taxes. The rate went to $49 this year and could have jumped to $87.

After the fund is replenished, the revenue will be used to make a major cut in the commercial-rent tax, long a target of business lobbying groups. Senate President Wilton Simpson, R-Trilby, and House Speaker Chris Sprowls, R-Palm Harbor, agreed to reduce the commercial rent tax from 5.5% to 2%.