Investing Basics: What Is A Market Correction? – Forbes 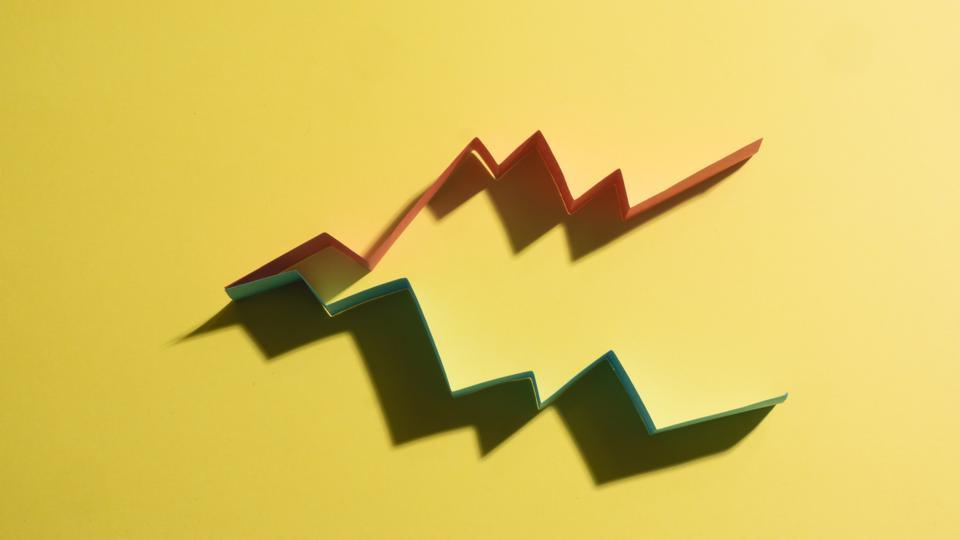 When markets keep rising steadily for an extended period, there comes a point when the talking heads on television start forecasting a correction.

What’s a correction? Nothing more than a moderate decline in the value of a stock market or the price of an individual asset. A correction is generally agreed to be a 10% to 20% drop in value from a recent peak. Corrections can happen to the S&P 500, a commodity index or even shares of your favorite tech company.

“Say the words market correction and many investors immediately think of a crash or a bear market, with the panic-inducing idea that they’ll be living on Ramen noodles through retirement,” says Joseph Hogue, chartered financial analyst (CFA) and a former Wall Street investment analyst. “In reality, stock market corrections happen relatively frequently, and they aren’t nearly as bad as you might think.”

Corrections Are Regular Part of Investing

In general, the U.S. stock market enters a correction when an economic shock or a major event in society prompts investors to pause, take a step back and consider what’s happening in the wider world.

“The market is always looking around the corner to see what might happen next, and a correction is an indication of a potential reset,” says Joelle Spear, certified financial planner (CFP), financial advisor and partner with Canby Financial Advisors.

How Long Do Corrections Last?

A correction is usually a short-term move, lasting for a few weeks to a few months, says Ed Canty, CFP, a financial planner with CFM Tax & Investment Advisors. Since World War II, S&P 500 corrections have taken four months on average to rise to their former highs.

“They’re never the same,” says Canty. “For example, the stock market correction in February and March 2020 from Covid-19 lasted about three months. Meanwhile, the correction in September 2020 only lasted three weeks.”

Once the economic shock or big political development that may have caused a correction runs its course, markets or securities generally recover and continue heading higher. But not always—since 1974, five market corrections have turned into bear markets.

What’s the Difference Between a Correction and a Bear Market?

A bear market is a deeper, longer decline in value than a correction. “A bear market represents a decline of more than 20% in a market,” says Spear. “Bear markets have averaged 14 to 16 months in the past, which is longer than a typical correction.”

Bear markets are often the result of a more significant change in sentiment among investors. While a correction represents a moderate amount of concern about more immediate events, a bear market is more about deeper, more impactful issues that could be lasting, like an economic crisis, rather than just a handful of disappointing economic data reports.

But “a market correction can turn into a bear market if there are more significant underlying issues influencing the market,” says Canty. Take the Great Recession. A correction in October 2007 transformed into a bear market over the course of about a year as fears of the long-term economic impact of the real estate bubble were incorporated into the U.S. stock market.

“In a correction, investors are still optimistic about future earnings and the economy, so they come back into the market to pick up shares at lower prices, pushing the market back higher,” says Hogue. “In a bear market, there’s been a change in the broader outlook on the economy and investor sentiment is more negative. Even after prices have fallen, they aren’t sure they want to take a chance and invest.”

What Should You Do During a Market Correction?

“If you have a diversified, disciplined approach, you’re likely to do well to stay the course during a correction,” says Spear. “Investors are prudent to reduce emotion and invest with their brains and not their guts.”

And if you do find yourself in the midst of a market correction, which invariably all of us will, here are some ways to make the most of your money.

Before making any moves, Hogue recommends that you take a step back and understand the economic developments that are causing the correction, such as long-term unemployment or higher loan defaults—or a bad earnings report or other impactful event in the case of a single stock.

If there have been changes that are impacting broader stock markets, it might be a sign that you need to prepare for an extended correction or even a bear market.

This doesn’t mean you should be selling assets. On the contrary, you may need to adjust other aspects of your financial plan to reduce the chances that you’ll need to sell assets—which could lock in losses at or near market lows.

Build a Portfolio that Fits Your Risk Tolerance

Being proactive with your investments is one of the best things to do before a market correction takes place, says Canty. Shape your portfolio by adopting an asset allocation that works well with your goals and risk tolerance. That way, you’re less likely to make emotional investment decisions during a correction.

“Don’t change your investment strategy during a correction,” though, Canty says. That’s how people in aggressive portfolios lock in losses. And chances are your investment strategy already has moments like these in mind. If you’re dollar-cost averaging, for instance, you’re kind of betting market downturns will happen. And when they do, you’ll be able to purchase more shares for the same price, which decreases your average cost per share long term.

That said, market corrections are often the first time new investors truly get a sense of what their risk tolerance is. If a market correction makes you realize you need to be invested more conservatively, aim to wait out the market recovery before making any changes to your portfolio.

Keep Cash on Hand to Buy During Dips

Part of successful investing is making sure you have sufficient cash on hand to make it through short- or long-term dips without touching your investing dollars. You may even want to have an extra slush fund ready for down days so you can take advantage of dips, Hogue says.

“If prices drop, think about ways you can take advantage of the situation by investing more each month to buy in at lower prices,” says Hogue. “In over 100 years of stock markets, the reality is that prices always go back up eventually, so try to avoid pulling your money out when prices drop.”

Reevaluate Your Risk Profile Each Year

“As you near and enter retirement, you may want to reduce the percentage of your portfolio in stocks to reduce your portfolio risk,” says Spear. “The lows won’t impact you as much when you depend on other assets to meet your living expenses.”

With a risk- and age-appropriate asset mix, you can leave your stocks alone during a correction, allowing them to recover while you rely on other assets until the upturn.

Corrections are a normal part of the cycle of markets, and the best thing you can do during a stock market correction is to stay the course. Stick to your investment plan and don’t let panic sway your decisions.

Remember: Corrections are generally short-lived, so selling in the midst of a correction does little to help your portfolio and it can potentially lock in your losses. Instead, consider a correction a potential opportunity to buy more assets at a lower price—and reap the advantages when the stock market recovers.