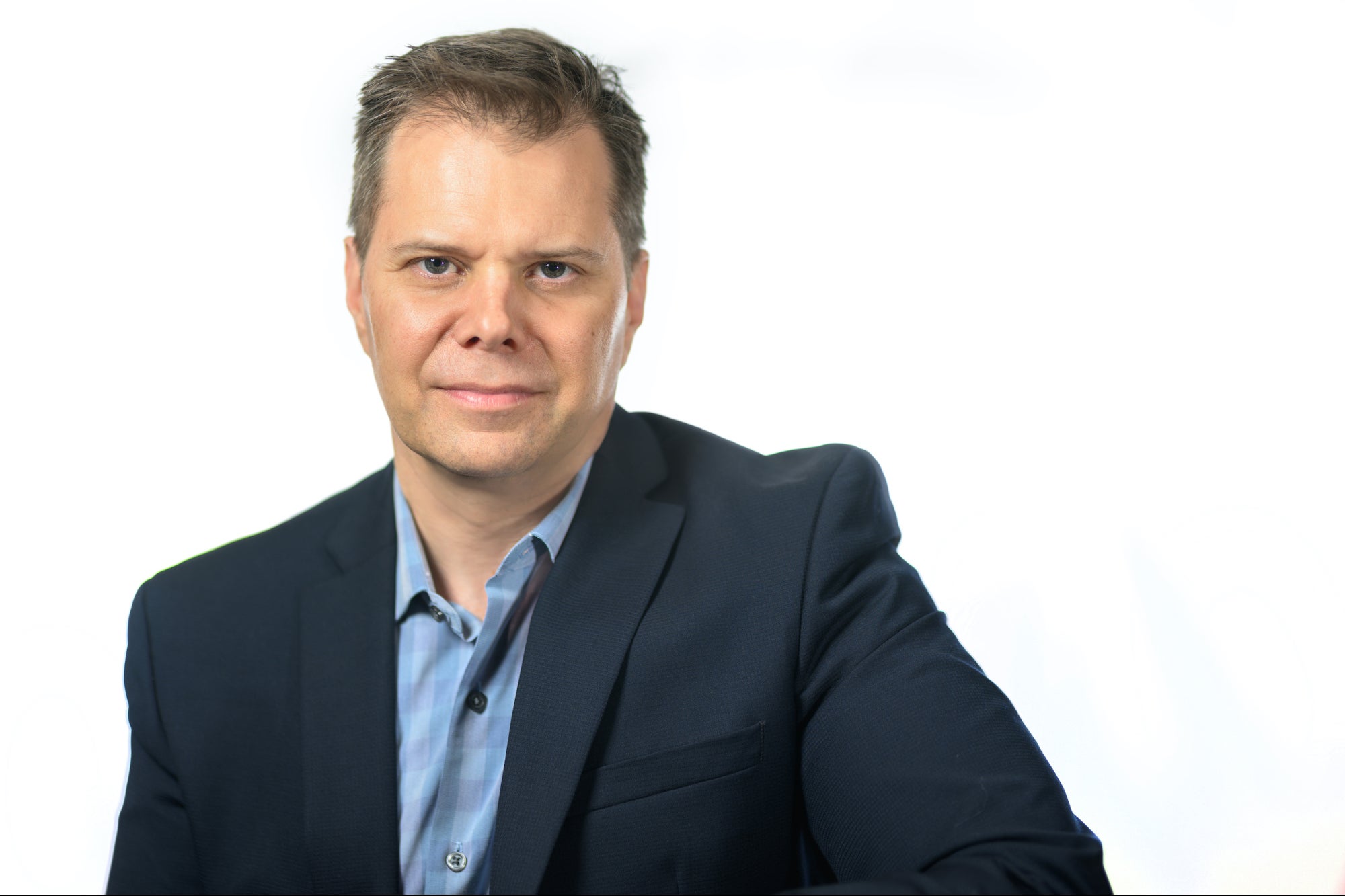 In this ongoing series, we are sharing advice, tips and insights from real entrepreneurs who are out there doing business battle on a daily basis. (Answers have been edited and condensed for clarity.)

Who are you and what is your business?

I am Rich Hull, Head of Streaming Platforms & Chief Strategy Officer at VIX, the largest Spanish-language video service available for free. I was the CEO and founder of Pongalo, which was acquired by VIX.

How did the pandemic impact the integration of the two companies?

Of course, no one is ever fully prepared for a pandemic, but we had previously spent a lot of time equipping Pongalo for many of the integration challenges that the pandemic ultimately brought. For instance, when the quarantine pushed everyone to their homes, many friends who work in traditional industries marveled at their new ability to successfully accomplish meetings over video. For us, though, we had shifted our mindset around in-person meetings two years ago and had already been highly leveraging video conferencing – both in our daily business routines and, later, as a tool to integrate Pongalo’s Los Angeles-based operations with VIX’s multiple offices in Miami, New York, Mexico and Brazil. Similarly, in 2018, Pongalo moved virtually all of its operational infrastructure to the cloud, which meant that, with the onset of the pandemic, we and our new colleagues at VIX were able to walk out of our physical offices and still immediately have access to all of our key systems from home. I think that operating a company using a growth mentality means that you must be constantly innovating.  So, as a result of our focus on proactively identifying better tools and methods, and then expending the prior effort to incorporate them into our workflow, the pandemic didn’t really disrupt our integration at all.

Related: A Complete Guide to Prepare Your Startup for an Acquisition

How has the pandemic affected your business in general?

Ultimately, I think history will define 2020 by two important movements – diverse voices gaining new power and the surge in cord-cutting. We’re fortunate to be at the epicenter of both. Record numbers of Latinos across the U.S. and Latin America are at home watching our films and TV shows, so it’s a great time to be in the streaming business. To that end, our current challenges include providing those new users with a best-in-class experience through ramped-up content premieres, more customer service, and an intense focus on maintaining uptime for a technology platform that’s undergoing unexpected peak demand. We appreciate that kind of added responsibility, and I think we’ve been very successful at accomplishing all of those. In the case of content, for example, we quickly sourced and acquired the new Edward James Olmos film Windows on the World, which was planned for a theatrical release. We instead launched the film’s world premiere on our VIX streaming service to much fanfare and success.  That strategy earned us a lot of attention, and it allowed our customers to enjoy a powerful film for free in their homes that they would’ve normally only been able to see at a theater.

Founders often struggle to thrive within larger organizations after their companies are acquired.  How have you fared so far?

To be fair, this is really the first time I’ve had a boss since I was just out of college. For years, I’ve said that I’m a leader who can also be led, so this has definitely been a test of the latter. And, so far, I’ve found it to be an unexpectedly fun experience. VIX’s CEO, Rafael Urbina, and I have focused on three things in running the business: splitting up the responsibilities to leverage what we each enjoy doing the most; collaborating on things where we make each other better, and teaching each other areas of the business that we didn’t previously know.  For instance, Rafael loves digging into data, whereas I like leaning into deal-making, so we split those up respectively.  We both enjoy leading teams, so we collaborate on managing a team of several hundred people.  And I think Rafael has enjoyed learning about film and TV content from me as much as I’ve enjoyed learning about using social platforms from him, particularly as we both try to innovate new ways to drive user acquisition from those social platforms to our VIX streaming service. I’m sure that I’ll get restless to jump back into a CEO chair at some point, but I’d say that we’ve found our groove and have created a successful partnership that has made the company stronger.

How did your background in the movie business prepare you to run digital media companies?

A movie is simply a startup. The details may differ, but the problems are the same. After 25+ movies, I learned to create products that audiences want, think five steps ahead, and deprioritize everything that doesn’t result in the successful delivery of the film. Likewise, movies are a collaborative art, so, earlier in my career, I had to learn how to navigate competing agendas within a team…while, later in my career, I had to learn how to build great teams. I wasn’t always successful at those things, but, hopefully, I succeeded more than I failed. In some respects, my previous film work was built on being an outsider who knew how to navigate the halls of the major media companies to get stuff done. So, in now running digital media companies, I think that those skills have allowed my companies to punch above our weight by creating seemingly impossible, successful partnerships with the major media players that are often off-limits to growth-stage companies.

What was the market opportunity you saw in the Hispanic streaming space that compelled you to start Pongalo?

My career has always been focused on two pillars: empowering diverse voices and innovating new ways to deliver content. Growing up in Texas, Hispanic media has always been a part of my world. When I really took a hard look at that space a few years ago, I saw an underserved market with a lot of pent-up demand due to the incumbent players largely ignoring the mobile and digital trends. So, I set out to create a Latino-focused digital media brand with mainstream appeal — and one that would disrupt the traditional media players.  After rebranding Pongalo last year as VIX, the payoff to that mission is that we’re now the largest Latino-focused player in the free streaming space.  Streaming is a great equalizer for underserved audiences, and that first-mover advantage we initially secured means that the traditional players are now playing catch-up.

Related: How to Keep Company Culture Alive After an Acquisition

You started Pongalo as a subscription service, but then quickly evolved into ad-supported.  Why?

I didn’t want to compete with Apple! I’m a believer that, if you’re going to fail, fail fast. I could see a lot of major players with deep pockets making noises about coming into the subscription space. Apple TV+, of course, was one of them, along with HBO MAX, NBC Universal’s Peacock and several others. These were all companies I didn’t want to compete with. At the same time, I saw the success that our friends at the free streamers like Pluto TV and Tubi TV were having with the general population U.S. audiences. The free model felt like a natural fit for the Latino market, and it felt like one that I could also expand beyond U.S. Hispanic to Latin America, which was a region that hadn’t yet seen any free streaming services of note. So, essentially, we used the successful Pluto playbook to create a Latino Pluto.

Related: How to Make a Successful Acquisition to Grow Your Company

What do you see as the future of streaming?

The future of streaming will sit at the collision of advertising, international and content. First, we’re already starting to see the ad-supported and subscription streaming models coming together such that the former can become the free front porch for the latter. This is the driver of Pluto and Tubi’s recent acquisitions by major media companies, and it was a key part of Peacock’s launch story. Second, major U.S. platforms are being forced to accelerate their international presence, and we’ll see more of them integrate international strategies and infrastructure into their thinking around both their free and subscription platforms. And, finally, the smart streaming and streaming device platforms will service all of their efforts with well-funded, internal content studio machines. For instance, Amazon has already seen some early successes using Amazon Studios to drive content across its various verticals.  Those internal studio machines will supply both licensed and original content to a company’s free and subscription platforms.  In the past, these sorts of content studios could focus first on the U.S. and then expand internationally in success.  But, today, you have to integrate both U.S. and international content strategies in a studio from Day One.