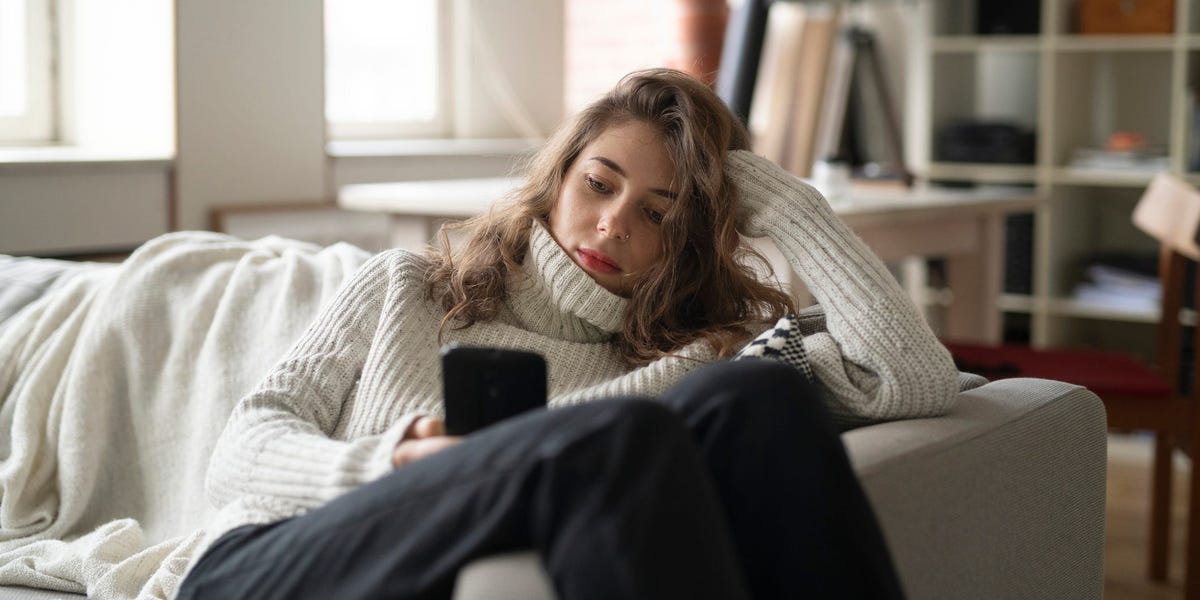 Personal Finance Insider writes about products, strategies, and tips to help you make smart decisions with your money. We may receive a small commission from our partners, like American Express, but our reporting and recommendations are always independent and objective.

Investing apps have been having a moment over the past few years. While they’re easily accessible and simplify investing on your phone screen, they’re not always the best way to invest for people wanting to build long-term wealth, since they can encourage more frequent trading.

Dan Egan, director of behavioral finance and investing at Betterment, has been studying the ways that design, messaging, and other features of investing apps influence habits, and their impacts on investors. Oftentimes, he says, these apps are designed to influence and increase the number of trades people make.

For people wanting to build long-term wealth with investing, that’s not great news. For most, buying and holding investments over a long time is the best way to build wealth, since it helps to even out losses and keep money growing. “The chance that you’re going to observe a loss goes down dramatically over time,” Egan says.

Egan says that many investing apps use the colors red and green — like stoplights — to motivate quick decision-making. He says that seeing those colors flash on an investing app is a sign that the app is trying to get investors to make more frequent trades.

Additionally, apps tend to show short-term views first, showing only a share’s sometimes-volatile price over the course of a day rather than the more steady performance over several years.

“Both of these things are kind of making investing much like gambling  or something that’s a little bit more like entertainment,” Egan says. “They’re making it exciting over a very short period of time.”

Instead, a more measured approach is important. “It should be like farming, where you do the right thing now and you let it sit for two years and you’ll have a great crop. It is definitely less exciting day to day, but more effective.”

Without a fee, users may feel free to make more frequent trades. But, says Egan, the reality is that fees are built in or simply hidden.

In previous experiences, Egan says he’s seen this in a variety of ways at more traditional brokers. “[Investing products] almost seemed free in a lot of cases. And that was because the fees were embedded inside of the product in a way where it was kind of hard to see them,” he says. Oftentimes in cases like these, the broker kept the dividends paid by investments, a practice that can lower what investors actually earn and increase the brokerage’s earnings.

Advertising free trading became even more complicated as tech companies got involved in the brokerage space. “Generally speaking, tech companies have gotten really good at making it so that people aren’t exactly sure how or where or why [companies] get paid for things.”

While it might seem like a free service, it generally isn’t. Egan suggests that people research how the brokerage or advisory they’re considering working with is paid. Some earn a percentage of clients’ balances, while others are paid per transaction or per trade. These companies could benefit from more frequent trades rather than higher balances.

Disclosure: This post is brought to you by the Personal Finance Insider team. We occasionally highlight financial products and services that can help you make smarter decisions with your money. We do not give investment advice or encourage you to adopt a certain investment strategy. What you decide to do with your money is up to you. If you take action based on one of our recommendations, we get a small share of the revenue from our commerce partners. This does not influence whether we feature a financial product or service. We operate independently from our advertising sales team.