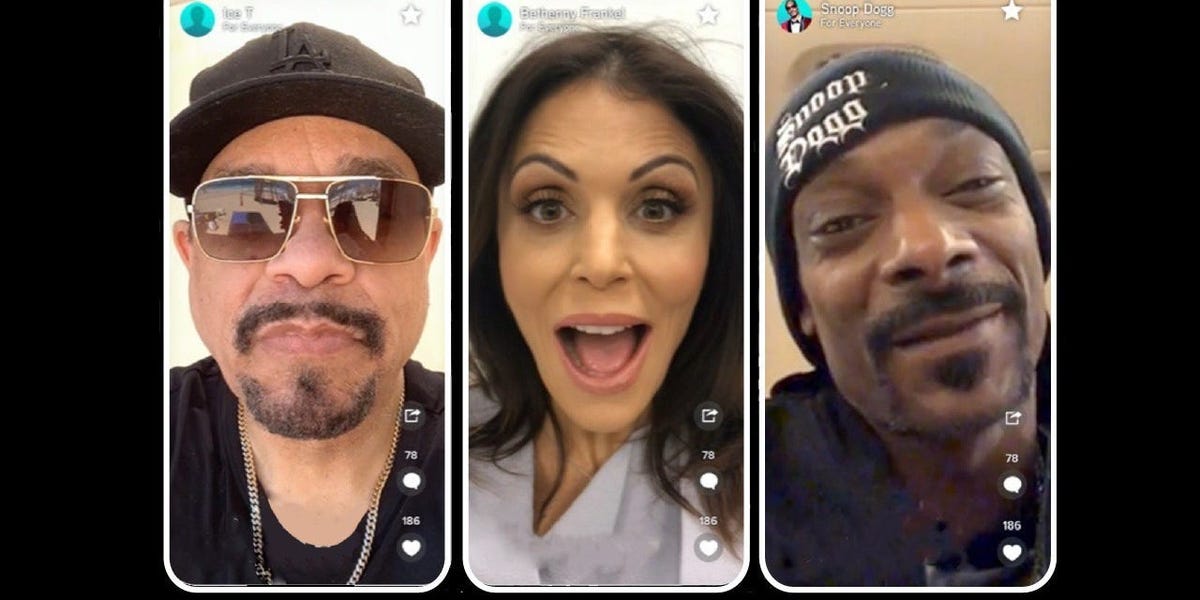 In June, noted ailurophile and “Tiger King” provocateur Carol Baskin set the Cameo record for most bookings in a month. The site, which allows fans to pay celebrities for custom-made video shout-outs, has skyrocketed in popularity during the pandemic, and Baskin has been one of its biggest earners.

According to an analysis conducted by broadbandchoices, Baskin has netted over $70,000 since her ascent to social media stardom — just five months ago. She charges $299 per minute, and her videos last, on average, for 1:29 minutes.

Baskin is just the latest in a slate of micro-celebrities who have taken to Cameo to turn their 15 minutes of fame into serious revenue. According to Cameo CEO and cofounder Steve Galanis, the “Tiger King” queen offers a glimpse into a new future, one in which starlets spin their brief turn in the limelight into lifelong income.

“It’s important to understand that there are more famous people today than ever,” said Galanis. “And more people are becoming famous every day.”

Core to Cameo’s business model is a foundational concept: not only does social media create stars, but it helps keep those stars famous longer.

Consider Chumbawamba. The English band released “Tubthumping” in 1997 and soared to overnight celebrity, but they failed to offer any successful follow-up. The group is a classic example of a one-hit wonder, a term whose history is paved with temporarily meaningful musicians.

Galanis argues that, in 2020, a musician who creates a chart-topping single can use their ephemeral limelight to do something smarter than push their music: They can cement a massive social following.

“Because of social media, fame is stickier than ever before,” said Galanis. “Fifteen minutes of fame in 2020 could last your whole life, because you’re going to get a social following from it.”

Social media celebrity lasts far longer than the heyday of a popular song. Once you reach a million followers on Instagram, they don’t disappear overnight.

In fact, as Lil Nas X has proven with his Twitter account, celebrities who speak social media fluently can transcend their cultural accomplishments. In doing so, they can remain relevant long after the flare of their artistic achievement has fizzled out.

And with the help of platforms like Cameo, they can turn that longtail celebrity into a serious revenue source. One summer of such notoriety can launch a lifetime of passive income.

Strike while the iron is hot

Similarly, David and Annie Tobrowsky of “90 Day Fiancé” and Sonja Morgan of “Real Housewives of New York” have leveraged their fleeting moments of stardom into serious money, earning $143,000 and $123,000, respectively, from Cameo.

For other minor celebrities, Cameo has offered a renaissance of relevance. Brian Baumgartner, best known for playing Kevin on “The Office,” is one of the site’s top earners, having pocketed almost $200,000. Jim O’Heir, who played Jerry Gergich on “Parks and Recreation,” has made almost $85,000 through the site. Because both characters really resonated with fans, they have been able to leverage that emotional connection into serious money.

Not all celebrities are created equal

As Galanis points out, most of the celebrities making money from Cameo are B-,C-, and D-list figures. Many have not acted, performed, played, or sung in years, and are trying to turn the money they made during their wage-earning years into a livable income. Their lives and checkbooks are not as glamorous as you might think.

Indeed, many are little more than glorified gig-workers, employed from show to show, movie to movie, or game to game. And like so many others, they have found themselves experiencing months of unemployment thanks to the pandemic.

With bills to pay, spouses to please, children to educate, and mortgages to finance, many of these middle-tier celebrities are feeling the same financial pressures as other Americans. According to Galanis, Cameo has helped them stay afloat when they’ve been unable to work.

“We’ve become an extremely meaningful income generator for talent at a time where the paychecks aren’t coming in,” said Galanis.