A study of 2,000 adults found a third expect to have a shortfall of £239 on average this festive period. But 13 percent anticipate being £500 – or more – short of what they will need this year. As a result, a fifth have started a ‘side hustle’ to increase their income ahead of December, while a further one in four are considering starting one up.

The research, commissioned by musicMagpie, found one in three of those already earning extra money started doing so before May this year.

But 55 percent plan to continue even after Christmas.

Personal finance expert Mrs Mummypenny – aka Lynne Beattie – said: “This year has been a challenge for many financially.

“People may be feeling daunted about covering the cost of this year’s holiday season with one of the most expensive times of the year coming up.

“We want people to know that there are so many ways you can raise some extra money these days to still have a special Christmas, and it’s interesting to see how many are already taking matters into their own hands.

“As well as things like pet sitting, DIY jobs, or selling crafts, you can sell old belongings you no longer need and have a clear out at the same time – which is a sure-fire way to make some extra cash.”

As a result, people are hoping to make around £192 from their side hustle, although a fifth are banking on earnings of £250 or more. 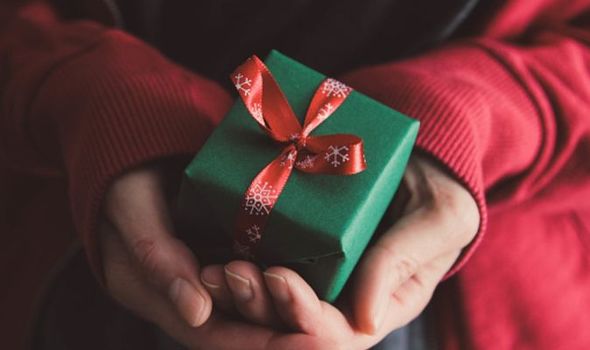 Almost one in five (18 percent) will be making their own presents (Image: Kinga Krzeminska/Getty Images)

Lesley Finlayson, 59, from Walthamstow, London, has managed to rustle up hundreds of pounds of additional income from jumble sales, online surveys and selling old tech.

She said: “I started side hustling initially to clear out my clutter and make some money from it, but it then led me to raising money for a care home that I volunteered at.

“As I was doing well and was able to raise this money on the side, I then decided to build up a pot for Christmas and start other side hustle funds that I set aside for specific reasons, like birthdays.

“My side hustles have included selling old books, CDs, and DVDs. I was also able to collect old books from around the village which went towards my neighbour’s daughter’s Irish dancing lessons.

“My Christmas fund is building up this year and I’m looking forward to treating my friends and family from my side hustle money.”

The study also revealed that among the reasons for earning extra money for the festive season are the rising costs of Christmas, having less in savings this year and wanting to make the holidays more memorable.

But three in 10 put their need for a side hustle down to a drop in their earnings during 2020, with a fifth seeing a reduction in their wages.

This has led to 50 percent of those struggling to afford Christmas stating that their situation is specific to this year.

Because of this, 28 percent are also looking to cut costs on gift buying with more than one in 10 planning a Secret Santa to ease the financial strain.

Almost one in five (18 percent) will be making their own presents and 17 percent will be buying second-hand gifts, such as refurbished tech, instead of brand new.

The research, conducted via OnePoll, also revealed that the festive period isn’t the only time adults look to earn some extra cash, with 35 percent having ways of increasing their earnings throughout the year.

Taking on a second job and selling pre-loved items such as clothes, tech and toys are among the more popular ways of adding some extra money to the piggy bank.

Liam Howley, from musicMagpie, said: “Previous research has found the average Brit has £598 worth of unused tech at home, which could pay for Christmas dinner and gifts for the whole family.

“So it’s worth digging through the cupboards and attic and seeing how you could make a few extra pounds this year.” 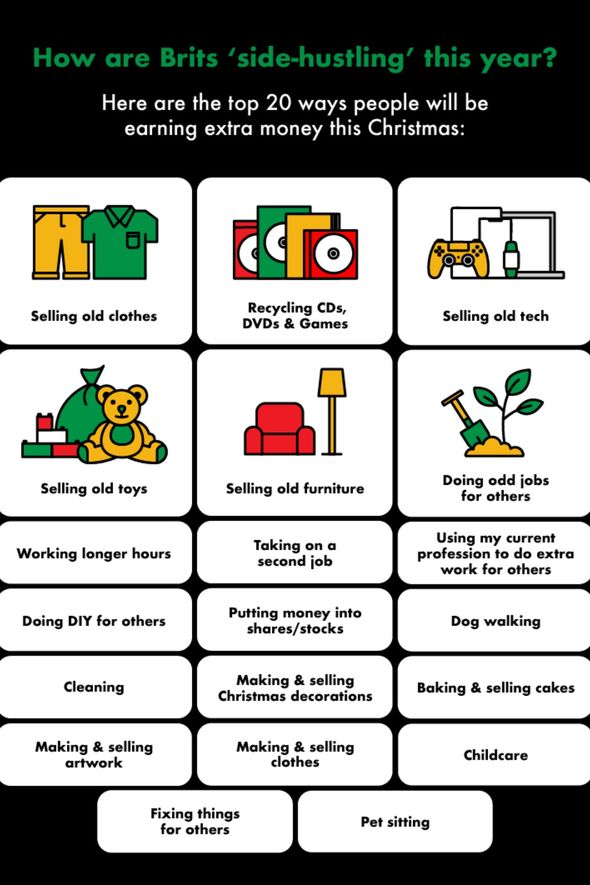 The top ways people will be earning extra money this Christmas (Image: SWNS)

Top 20 ways people will be earning extra money this Christmas

8.      Using their current profession to do extra work for others

9.      Doing odd jobs for others like mowing the lawn and cleaning windows

19.   Fixing things for others 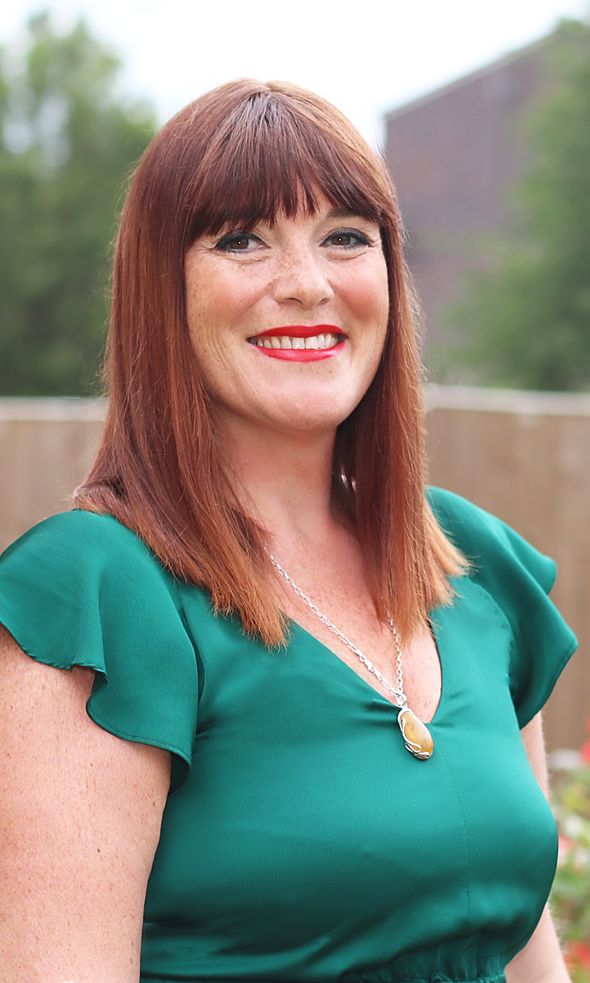 Raid your wardrobe for clothes that you haven’t worn for more than a year or that don’t fit anymore. List these for sale on sites like eBay or Depop where branded clothes or vintage clothes work well.

Use websites to list all your unwanted items. I did this with my huge CD collection and made £70.

A personal favourite of mine and something that I do every few weeks. Get paid to buy products and review the customer services of the brands that you love.

Many of us have a few of these stashed away in the kitchen drawer. Use a site like musicMagpie to sell those old tech devices.

Sell old unwanted gold jewellery for scrap value, which has risen in value recently. Do some online research for the price of gold per gram and take it to a cash for gold outlet for a valuation.

If your house is anything like mine, I have boxes and boxes of mixed Lego. I was pleasantly surprised that you can get a price per kilo for Lego on sites like musicMagpie.

Do you have a crafting talent that could make you money? Maybe you can paint, write beautifully, sew, knit or crochet. Can you make pieces and sell them online or locally?

Can you offer your services to pet sit? With many of us working from home, having a cat or dog to stay for the day can make you some extra money while making great company

10. DOING ODD JOBS FOR OTHERS

Is there an odd job that you know people hate doing that you could offer as a service, maybe gardening, rubbish clearing or driveway weeding? My son weeded our driveway and was offered a job by the neighbours to do the same for them.