A Brief History Of Women And Investing In America – Mooresville Tribune 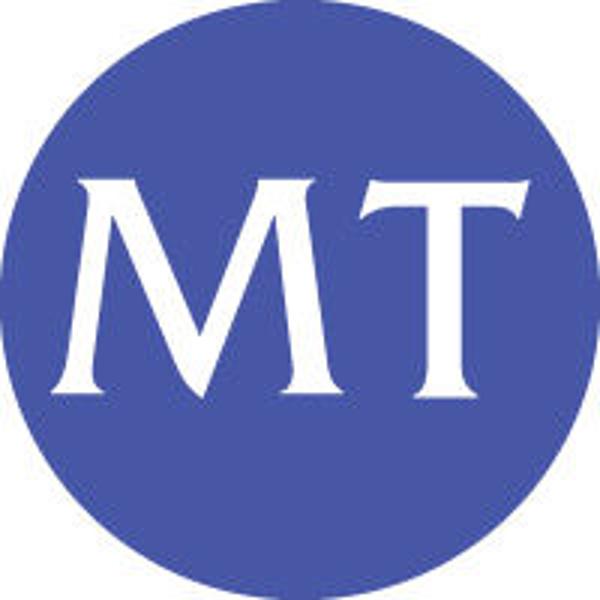 The world of investing has long been an old boys’ club.

Habits of mind in investing go back to a time when women had vanishingly little control over any financial decisions, and there is a persistent sense of the industry as a masculine realm. Just look at the language used by men’s and women’s magazines to frame money issues with their target audiences to get a picture of how entrenched this assumption remains.

Despite the gendered restrictions of the financial world, female investors were an important part of the early American economy.

According to Sara T. Damiano, assistant professor at Texas State University and author of “To Her Credit,” a book exploring women’s roles in 18th-century New England towns, women investors helped the American colonies get started.

“Women were among the investors for the Virginia Company, the joint-stock company that founded the colony at Jamestown,” says Damiano.

Damiano points out that in the port cities of Colonial America, there were five adult women to every four adult men, which meant women had to step in and “fill the gaps” when it came to dealing with financial issues. In many cases, that meant entrepreneurship.

Take Temperance Grant, an 18th-century shopkeeper from Newport, R.I., who allowed sailors and their families to buy goods from her on credit. “Sailors were often only paid after they completed their trips,” says Damiano. “By allowing sailors to buy on credit, in effect, Grant was investing in the future returns of those voyages.”

Today we may assume all women in earlier historical eras were economically disempowered. In the Colonial period, when a woman married, she gave up all independent legal rights as an individual, and was bound to obey her husband, “just as she would obey God,” according to PBS.

But Damiano makes clear these laws only affected married women. “Widows oftentimes became very financially powerful because they had decades of financial expertise, cultivated by working collaboratively with their husbands, and they often had quite a bit of property or resources they inherited from their late husbands,” she says.

Few women were welcome in the world of money and finance in the early United States. Women were excluded from these worlds—passively and actively.

Abigail Adams, for instance, was a savvy investor who many argue was responsible for all of her husband’s wealth. Besides being the benefactor of Abigail’s financial acumen, John Adams was also the second president of the United States.

Abigail “never objected when John took credit for investment decisions that she had actually made,” writes historian Woody Holton in The Washington Post. “And she portrayed herself as the passive consumer of the investment advice she received from her uncle—though she actually managed her portfolio quite aggressively.”

Adams’ modesty reflects the workarounds Damiano found in the course of her research. Women would find male allies who could help them invest—as Adams did with both her husband and an uncle—and they would use gendered expectations to their advantage.

“There were women who, according to the record, were financially skilled and savvy,” says Damiano. They would portray themselves as distressed and ignorant widows to work around the expectations that would otherwise keep them from building their wealth.

Sometimes these workarounds turned to the fantastic. Nineteenth-century feminist Victoria Woodhull was the first woman stockbroker, and together with her sister Tennessee Claflin, she built her investing career on an unlikely foundation: spiritualism. Raised by faith healing parents who advertised both Victoria and Tennessee as mediums who could speak to the dead, the sisters made the acquaintance of railroad magnate Cornelius Vanderbilt when he sought their counsel after the death of his wife.

In the guise of a seance, Woodhull gave Vanderbilt investing advice based upon inside information provided by a friend. Vanderbilt was taken with the two sisters and gave them financial help to open Woodhull, Claflin, & Co., the first for-women-by-women brokerage firm in the U.S.

Woodhull parlayed the stage presence that made her a convincing medium into a successful brokerage business that kept stock commissions in the hands of women. Previously, women relied on men to invest, according to Mary Pilon writing for History.com, and ”these men pocketed handsome commissions.”

Despite the general opinion of the male-dominated financial establishment that there were not enough women with their own incomes to invest, Woodhull and her sister had tapped into an important market. According to the New York Times, the brokerage served “society wives and widows, teachers, small-business owners, actresses, and high-priced prostitutes and their madams,” and reportedly made $700,000 in the first six weeks, $13 million in today’s dollars.

When women carved out a space for themselves, they faced antagonism from men uncomfortable with their success.

“In some cases, when women step out of bounds, doing something that is perceived as aggressive or questionable, men are quick to criticize and reimpose gender norms,” says Damiano.

At one point later in her life, Temperance Grant sued a ship captain for slandering her. “The captain was going around to all-male circles like taverns, criticizing Grant for being too aggressive in seeking profit and saying that she was actively trying to cheat him,” Damiano says. Grant’s lawsuit sought massive damages, which was typical for the time, and it provided Grant a way to publicly reclaim her reputation even though she was not awarded the money she sought. She continued to run her business for many years afterward.

Another notable woman investor named Mary Ellen Pleasant was similarly forced to protect her wealth and reputation. Born into slavery, Pleasant inherited wealth after the death of her first husband. She moved from the East Coast to San Francisco in the mid 19th century, where she invested in boardinghouses and laundries. Among the upper echelons of White society, she presented herself as White, but the city’s Black population knew her true identity as she helped work for civil rights.

After she “revealed” her racial background a decade after the end of the Civil War, San Francisco’s White society began spreading rumors that Pleasant was a voodoo witch—rumors that she encouraged. According to Carly Severn of KQED, “in a system so loaded against a Black woman in the public eye, playing with rumor, as she did, was perhaps the only way to play the game.”

As she weathered one scandal after another, Pleasant’s strategy allowed her to control her own narrative and maintain her wealth, continuing to build her businesses even after the public turned on her.

These stories of women overcoming challenges to grow their wealth may seem remote today, but their lessons echo through our contemporary investing landscape.

Just like Temperance Grant, Mary Ellen Pleasant and the free Black laundresses of colonial Charleston, modern women are investing in themselves by opening businesses.

Deploying workarounds to navigate a hostile investing environment are less and less needed, women continue to build more welcoming investment spaces for themselves, in large part to target the wealth gap between women and their male counterparts.

Consider the for-women-by-women robo-advisor Ellevest, co-founded by Sallie Krawcheck, one of the most senior and well-known women on Wall Street. With a goal of closing the wage and investment gap for women, Ellevest works to “redefine investing for women,” which starts by recognizing that the financial industry was not built for them.

Creating investment opportunities that are specifically built for women, as Victoria Woodhull did, allows modern women to work around the lingering attitudes and assumptions that can keep them from investing.

Unfortunately, pushback against successful women continues to be a consistent theme of American culture. Modern women may choose to fight back in the courts like Temperance Grant or the court of public opinion like Mary Ellen Pleasant. Women are still less common than men in the financial market, meaning their success can still feel intimidating or threatening to the status quo.

However, despite the common pushback, from patronizing attitudes about women’s financial skills to more hostile reactions to specific women with money and power, modern women can take comfort and pride in the fact that women investors consistently outperform their male counterparts.

Whether you are looking to historical or modern women investors, both women and men would do well to emulate their examples.

With a weekly newsletter looking back at local history.